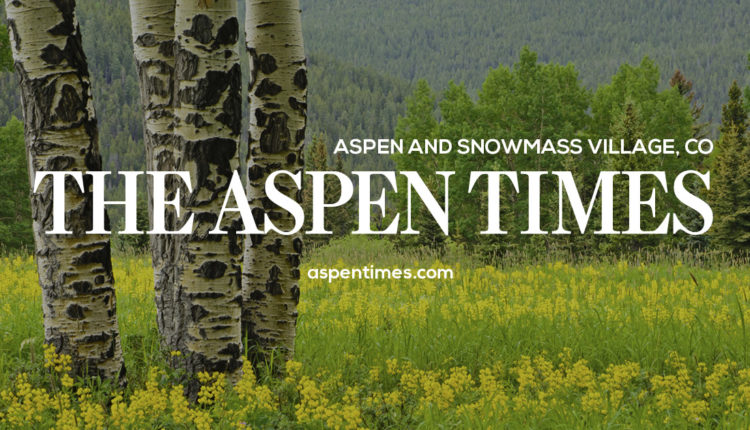 In the soft glow of first light on July 2, 2021, Aspen lost a beloved character – and Aspen Mountain lost a legend. Ray’s deep life and plight of cancer was powerfully fueled by the love and laughter of friends and family, giving him the strength to continue to fight against all odds. He left surrounded by the same love and laughter, leaving us a legacy to enjoy as long as stories are told.

Ray was born in wartime on December 5, 1941, the eldest son of John and Della Smalls of Monticello, New York. Johnny promptly went to war and returned home a decorated veteran with a purple heart. At home, Della laid the foundations for raising a family in difficult and simple times. Humble beginnings brought with them guts, determination and a rock-solid work ethic that would serve Ray, his three sisters and younger brother. Experienced and skilled in the family business of

Plumbing and Heating Ray worked with his father and brother from a young age, while the Smalls family name was deeply respected in the Sullivan County community.

It wasn’t all hard work in the golden age of the Catskills, though; Ray enjoyed time abroad and unlocked the magic of his home hills with rifle and rod in hand. In his teens, Ray would find his guiding light and passion on the slopes of Holiday Mountain’s 400-foot vertical slope. Armed with an overflowing natural on skis, 220 Head Standards and a pioneering spirit, the great mountains of the West were calling.

Ray discovered Aspen in the winter of 1962 on his way to a Canadian ski instructor certification exam in British Columbia. The big mountains and bigger personalities of Ute City resonated immediately. Featuring a collection of extraordinary bums and locals to celebrate the spoils of the day from the first numbers to the last call. There is no doubt that this migratory bird from the “sour cream Sierras” had found its mecca. Ray loaded his silver Corvette Stingray with his ski gear and plumbing tools and pulled his cross-country dirt bike on a trailer, straight to the Colorado Rockies. He rolled into town and called Aspen home for good.

In a short time Aspen’s best skiers were noticed by a man with surprisingly thin legs, Coke bottle glasses, white blond hair and a skiing technique that combined finesse and power. He solved the riddle of powder gracefully, elevating the game with effortless flow and beauty. His knowledge grew quickly with a persona that overshadowed his abilities on snow. His feet were lightning fast, but he was even faster with a joke, boastful with sharper than his edges. For many, he earned the title of “best skier on the mountain,” and for anyone who enjoyed sharing life in the fall, everyone wanted to know “Whitey.”

His unique kind of charisma and uncanny ability to always soak up a good time made him a leader among all those with the vision, and good fortune to make their pilgrimage to Aspen – when the possibilities were endless and a ski bum the ultimate mark was of honor. It was an epic era for a cast of characters who, individually and collectively, would bring forth the energy, funk and charm at the heart of Aspen’s greatness that set our mountain city apart from all the rest. Ray challenged his closest friends and relatives to ride with him and many of his Catskill confidants took the lead and moved to Aspen to be with Ray. These merry nomads and powder seekers would eventually settle, raise families and become pillars of the community they loved.

Whitey, too, was trying to settle down and fell head over heels for a Midwestern showstopper. Karen McCarthy, who had met Ray while on a ski vacation in college, would promptly move to Aspen to carve next to the man who stole her heart. They soon married, and Karen joked that she fell for the rambunctious ski pro without fully vetting the plumber over the summer. Their marriage was short-lived, but a beautiful friendship remained, neither of them ever left Aspen. They had one son, Ryan, who fell right at the base of the tree. Ray artfully transferred his passions to his son, giving them both an incredibly close life in the snow, in the woods, and on the water as father and son, while remaining best friends and partners in crime. Karen and Ray are now reunited in a place where the moose are always whistling and the powder is dry and deep.

For a man of so many talents, Ray’s greatest body of work was the difference he made in the lives of others. In a job that spanned fifty years with the Aspen Skiing Company, Whitey changed lives one step at a time. His teaching style was “Jedi” in nature, almost misleading his clients into improving by keeping them entranced by a seemingly endless river of good times and laughter. Ray put people at ease and brought out the best in them, as he fused them into his world as one family sharing the best of life, connected by skiing and forever connected by the mountain.

Ray’s immediate family would also continue to grow. In his fifties, he would be confronted with the wilderness of his childhood and a fateful Catskill night at a drive-in. A beautiful fusion of cosmic powers united him with Maddie, the grown daughter he never knew he had. A few years later — and never one to operate from a master plan — he and his girlfriend, Lis, welcomed Lilli into the world. Feminine energy now balanced his otherwise overtly masculine existence and served to soften an increasingly gruff and calloused appearance. He loved his girls dearly.

On the final day in April, with a body ravaged by leukemia, Whitey went to the slopes of Ajax one last time to make his final turns with his grandchildren Zala and Luka. On rubber feet, held aloft by sheer will and expertise, he snatched it up to symbolically pass the torch to a younger generation of Aspenites. With the unspoken message to live and cherish a life on skis that is equally inspired and inspiring. On reflection in his final days, Ray summed it all up with gratitude by saying, “I had the best of it”.