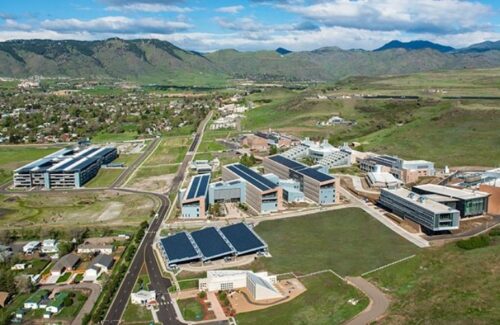 Emissions from the Flatirons Campus of the National Renewable Energy Laboratory (NREL) will become an artifact of the past by the end of next fiscal year. The ambitious plan announced Wednesday by Energy Secretary Jennifer Granholm served as a pilot launch of the Net Zero Labs initiative, involving four of the Department of Energy’s 17 labs.

Martin Keller, director of NREL, said he expects the Flatirons Campus near Boulder, Colorado, to reach net-zero emissions annually by the end of fiscal year 2023 and that the South Table Mountain Campus outside Golden, Colorado, will have three years later will achieve that feat. That means that NREL will eliminate or offset all greenhouse gas emissions on an annual basis to achieve carbon neutrality.

“Our participation in the Net Zero Labs initiative will model how labs, academia, businesses and communities can successfully decarbonize smart campuses,” Keller said. “It will show that large, complex, energy-intensive organizations can become carbon neutral, despite the many challenges.”

Keller predicted that the Flatirons Campus “will be the first campus in the entire Department of Energy complex to reach this milestone.”

“This is not going to be an easy task to get to zero,” Granholm said during a visit to the Flatirons Campus. She announced an initial $38 million that will fund the pilot initiative, adding, “It’s going to cost a lot more money.” Still, the secretary said, the breakthroughs she expects each of the labs to make as they move toward a net-zero campus “will be an example they’ll set for others.”

Reducing carbon dioxide emissions could help with the ongoing problem of climate change, which has caused glaciers to melt, sea levels to rise and temperatures to rise. The United States has pledged to halve its emissions by 2030.

The wind turbines rising from the Flatirons Campus site are visible from miles away. Less visible are the arrays of the solar panels on the 305 hectare site. The two renewable energy sources generate enough electricity for NREL to provide regular power to Xcel Energy’s grid. When the campus needs to purchase electricity, NREL buys energy produced from Xcel’s wind farms through the utility’s Windsource program.

Hayter said buying carbon offsets or renewable energy certificates to cover all emissions would only defeat the purpose of the program.

“Our strategy to be net zero isn’t just to buy, but our strategy is really to minimize our Scope 1 and Scope 2 emissions to the point where we’re running out of them, and we think we’re can do that.”

NREL has developed a roadmap to achieve its goals in meeting the Net Zero Labs challenge. In eliminating Scope 1 emissions, for example, the plan calls for phasing out natural gas on the two campuses so that heating will be provided by the potential combination of electrical, geothermal, ground source heat pumps and energy heat recovery for all new buildings. . Part of the Scope 2 plan focuses on both on-site and off-site renewable energy generation.

The roadmap asks for:

How quickly NREL will be able to achieve its objectives depends to a large extent on funding. The Biden administration has included $58 million in its FY23 budget for the entire Net Zero Labs initiative, which includes the 17 national labs. Hayter said that won’t be enough, but it will help.

“We could definitely do some things that are cheaper and high on our list and take some good steps to show right away that we’re making a difference,” she said.