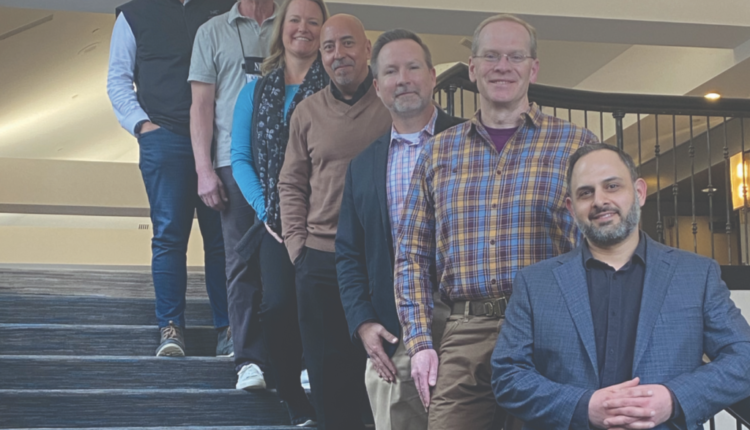 By Steven Feldman—Last year proved to be a record growth year for most of the 43 National Floorcovering Alliance (NFA) members, and now the group is poised for steady, albeit slower, gains in 2022—this despite some headwinds through which shifty navigation will be required. No one can predict the precise impact of inflation, the course of the war in Ukraine or the impacts of the lingering supply chain issues, but these flooring retailers, among the best and brightest in the country, understand that efficiency and profitability go hand in hand in today’s unpredictable climate.

NFA members in 2021 capitalized on the burgeoning trends of home improvements, relocations and, in some cases, the purchase of second homes. According to Jason McSwain, NFA president and owner of McSwain Carpets and Floors in Cincinnati and Dayton, Ohio, increases posted by the group’s retailers ranged from the mid-teens to a high of 58%. Of course, some of the gains were attributed to a series of price hikes that manufacturers instituted to keep up with their own supply chain and raw materials hikes. “No one is expecting the same growth this year,” said Deb DeGraaf, president of DeGraaf Interiors, Grand Rapids, Mich. “Most of the predictions were single digit versus these crazy numbers.”

Still, the year has started off quite strong for the group. “Consumer demand has been great,” said David Chambers, director of flooring, Nebraska Furniture Mart. “There’s leg [some softening] the last two or three weeks with traffic, but the stars and the moons are aligned for the residential remodel and even the builder business right now. Housing inventories are at an all-time low and demand is high. People are investing more in their homes. This is the bright spot for our world.”

Larry Flick, owner of the The Floor Store with nine locations in the Bay Area, told FCNews business was up 23.5% over the first 10 weeks of 2022. “Not as good as last year, which was 38%, but I’m still smiling.”

And over at RC Willey, with multiple locations in Utah, California, Nevada and Idaho, business is trending up. “We’re up 28% with fewer personnel and shorter hours, so we’re operating a lot leaner,” said Eric Mondragon, hard surface buyer. “To be able to do that—keep overhead down and be up that much—has been great.”

Record inflation, which has been a drag for consumers, has not affected store traffic nor business until very recently, members noted. “We’re starting to see retail traffic slow just a touch, maybe because of the war, maybe because of gas prices,” said Raffi Sarmazian, managing director, Sarmazian Brothers Flooring with three stores in the Toronto, Canada, area. “Up until now it wasn’t really a thing.”

Flick added, “Our traffic in January and February is only up 2%. Last year it was up 20%, 25% every single month. In the last two weeks it’s trending down.”

NFA members collectively agreed any slowdown in traffic is probably gas-pump related. “That’s something so tangible for people,” DeGraaf said. “The war in Ukraine is powerful and awful, but it’s so hard for us to sit here and understand the magnitude of it as opposed to driving by a gas station and seeing that gas is $6 or $7 a gallon. That just hits your pocketbook instantly.”

Inflation has yet to impact business, nor have the multiple price hikes imposed by suppliers. NFA members pass all of them on to the consumer, and there has yet to be any pushback. “So far there’s not been an issue, but as consumer sentiment becomes shaky I think it’s going to be more difficult,” Flick said. DeGraaf agreed, noting there has definitely been some pushback with builder.

One of things this industry has going for it is the fact that most consumers don’t know what the price was yesterday, last month or last year. “The only consumer who knows is one who’s been in your store before, and that’s where you get the pushback,” said Dan Mandel, president, Sterling Carpet and Flooring, Anaheim, Calif. “Today, a lot of [NFA members] said their quotes are good for only seven days. We’ve never done that, but now I’m going to go back and say it’s a hard stop.”

Once upon a time retailers were able to honor a quote for 30 days, but with price increases coming fast and furious, a dealer can’t do that anymore, Mondragon said. “It’s not so much the consumers who have the issue with it; it’s our own salespeople who are struggling with the new price increases.”

Price increases have their benefits, though. “Our margins have actually gone up 1.42% this year, and it’s because there have been so many increases we’ve been able to layer in,” Flick explained.

Mandel told FCNews the focus of the members-only meeting was being more efficient, which equals more profit. “That’s been a challenge for all of us, especially with all the freight and price increases.”

So, how does a retailer become more efficient? One way is beefing up your inventory position. “The consensus in the room, minus a few people, was that all of us have increased inventory levels,” DeGraaf said. “That does a few things: It helps with margin overall, and it also helps with availability and being able to deliver to our customers. That’s how you become more efficient.”

NFA members maintain an edge over other flooring retailers by having access to an annual roll buy, where vendors offer pricing advantages in return for a collective volume commitment. “Most members took advantage of the roll buy and pallet buy offers and were there to bulk up on the inventory and margin up,” Mondragon said.

Certain members have always stocked and taken advantage over the last couple years of increasing their stock, and others have not been stockers and realize that maybe they need to but don’t have space. Some are simply running out of space. “Our warehouses are so full,” Sarmazian said.

Talk to any flooring retailer, and the one common challenge is labor. The difference is for some, the challenge is finding good salespeople. For others, it’s installers. And there are those who can’t find warehouse or operational help.

“By far and away it’s finding salespeople,” Flick said. “Last year it was installers, but because there’s been a bit of a slowdown, we’re starting to catch up, so the installation portion isn’t as bad as it was. We are looking for nine salespeople right now.”

Chambers is seeing quite the opposite. “I think it’s different by region, by market. Sales people are not the issue for me. We’re getting great candidates in there, and we’ve got a great staff already. It’s operations. It’s installers in the Midwest. We’re still struggling with those particular pieces.”

For DeGraaf, it’s an aging installer base. “We keep having installers retire; I just had one two weeks ago, a carpet installer. That’s someone who was installing for us five days a week. That’s five days of a carpet guy and I don’t have a carpet guy to replace him with.”

One way to attract labor is to simply pay more, according to DeGraaf. “You have to make sure you’re competitive in your market with your rates. And one thing that has helped us gain more installers is we have one person in particular on staff whose sole purpose is to answer their call. If they’re short or have an issue, they have an advocate. They have somebody in their corner at our company to help them work through it. We also do cookouts or breakfast—anything to make them feel like part of our family.”

Sarmazian goes to local colleges or high schools to recruit. “But it’s tough,” he said. “Right now, it’s slim pickings. We’re trying to provide a better work-life balance for the people we have now, but some of them are getting older. Within the next couple of years, we’re going to have to find a new crop.”

RC Willey has turned its installers into recruiters. “We’ve offered incentives to our current crews,” Mondragon said. “They’ll go out and attract people, because if you bring in another installer in they feel like you’re taking money out of their pockets. When I say, ‘If you build up your crews, we’ll give you incentive if the installer stays on as a helper for six months.’ We’ll give them a little kicker after a year, same thing. We’re trying to incentivize the current installers just to go out and recruit, because they’re in the industry. They know everybody.”

Comcast to purchase 250 MW of solar energy from Illinois project