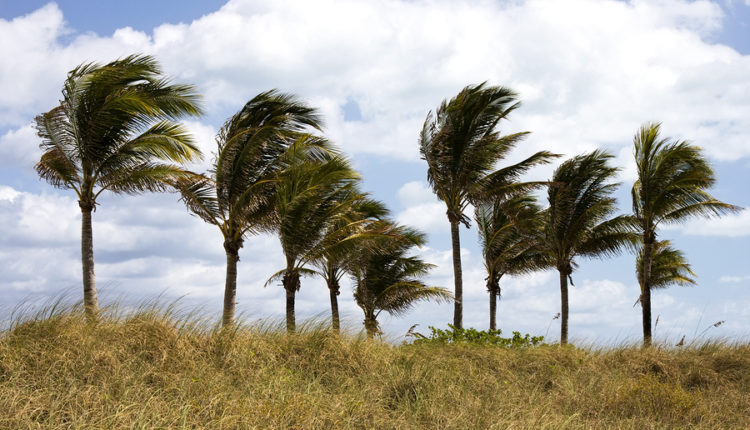 Florida Governor Ron DeSantis officially signed on Friday to reform the laws governing property insurance and roofing practices, a move some say will have a positive effect even before it goes into effect.

DeSantis signed the measure during a morning roundtable meeting with sponsors and business groups in Sarasota. The measure – known as SB 76 – will officially take effect on July 1.

But according to several participants in the roundtable, including insurance commissioner David Altmaier, effects are already being realized.

“There is already a lot of positive coming out of this bill,” Altmaier said. He said insurers and reinsurers have both responded positively and that he has seen private carriers across the state begin to pick up more policies from homeowners.

Rep. Bob Rommel, who worked on the House version of the bill, also said insurance companies have been willing to reinvest and get into the state since the bill was passed.

DeSantis said Florida is “uniquely prone to having to respond to natural disasters and that naturally affects insurance.”

He said the bill is an answer to many problems he and the bill’s sponsors saw in the system.

“Many of you know that there have been many ups and downs in this Florida real estate insurance market over the past few decades,” he said. “We saw a lot of problems. You’ve seen huge premium increases and you’ve even seen some homeowners cancel their policies. They are dumped on Citizens. So we wanted to do something to stabilize that.”

DeSantis said the state wants to encourage more private sector involvement and give homeowners policies that are more affordable and that “will protect them from whatever Mother Nature throws at us.”

“I think we were able to do that,” added the Republican governor.

sen. Jim Boyd, also owner of Boyd Insurance & Investments in Bradenton, said his policyholders have seen rate hikes of 20, 30 and 50%. “So we had to do something,” he said.

Boyd said it could take a year to 18 months for interest rates to fall, but he is confident it will.

DeSantis revealed his intentions to sign the measure at an Enterprise Florida board meeting Wednesday. He then said he thinks the legislature has done a “pretty good job” in tackling the insurance market, but the state will likely need to do more, according to the report. Orlando Sentinel.

Too little, too late? Breaking Down the Latest Florida Real Estate Insurance Reforms

Some stakeholders agree with DeSantis that more needs to be done to cut costs and reduce lawsuits, citing the omission of two provisions that the insurance industry believes were essential.

The legislation, passed on the last day of the legislative session, includes changes to the state’s one-way attorney fee statute, citizens’ eligibility and glide path, and the deadline to file claims. It also sets new requirements and restrictions on roofers.

But two provisions that industry and experts considered critical to tackling cost drivers and stabilizing the market were left out of the final bill: the elimination of the state attorney’s fee multiplier and a provision that allows insurers to use policy language. implement to reduce the cost of roof replacement. The provisions were sticking points in both legislative chambers.

“If Florida is only responsible for 8 percent of property insurance claims but 76 percent of state property insurance lawsuits, you know there is a problem,” said Mark Wilson, president and CEO of the Florida Chamber of Commerce. Wilson said the measure “addresses some of the root causes that are rapidly increasing homeowners’ insurance rates. In particular, he cited the reform of attorney fees and roofing practices that he believes have led to lawsuits.

“As Governor DeSantis has said before, Florida’s justice system should resolve real disputes and not be used as a game,” said William Large, president of the Florida Justice Reform Institute (FJRI), a legal reform lobby group. Large also mentioned the reform of the attorney fee formula. FJRI believes the new attorney fee formula will encourage more reasonable settlement offers by all parties and discourage unmerited claims, and we look forward to seeing the positive impact of this new approach in practice,” said Large.

In the main provisions, the legislation signed by DeSantis:

The bill also makes several amendments to address what insurers say is an explosion of roofing claims and lawsuits, including illegally making roofers or persons acting on their behalf to create a “banned advertisement.” including an electronic communication, phone call or document in which a claim is made. Offering anything of value to perform a roof inspection, an offer to interpret an insurance policy or make a claim or amend the claim on behalf of the insured is also prohibited. In addition, contractors are prohibited from making repairs for an insured without a contract that includes a detailed cost estimate of the labor and materials required to make the repairs. Violations can result in fines of $10,000.

Receive automatic notifications for this topic.