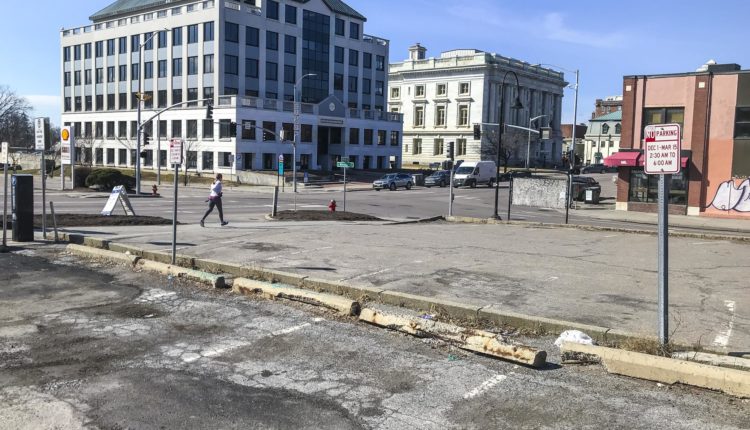 A study published Wednesday finds that due to its design and layout, Burlington is on average 7 degrees warmer than rural areas of Vermont that otherwise experience the same climate conditions.

The Climate Central research ranked Burlington 13th out of 159 cities nationwide for risk factors that contribute to urban heat islands, with an index of 7.05 degrees Fahrenheit. Other cities with similar scores include Baltimore, Miami, and Chicago.

“Burlington was probably the most surprising at the top,” said Jen Brady, analysis and manufacturing manager at Climate Central, the data scientist in the report.

The main components considered for the score were green and permeable surfaces, which refer to how much of the ground is dirt, grass, or plants rather than asphalt or brick;

building height; population density, which can sometimes contribute to man-made heat; and albedo, a measure of how much a city absorbs or reflects solar radiation.

Brady said Burlington scored well on greenery and permeable surfaces because it has plenty of greenery, such as parks and the Lake Champlain waterfront. Population density and building height weren’t a problem for Burlington either. However, Burlington scored very low in albedo, meaning it has unusually high heat absorption and doesn’t reflect much solar radiation.

The other two cities with albedo scores similar to Burlington’s are Charleston, South Carolina, and New Orleans.

“We’ve found that often older, brick-built cities take in more heat,” Brady said. She said cities in the northeast consistently have lower albedo scores than cities in the southwest. She cited Phoenix as an example, explaining that things like light-colored roofs and building materials significantly affect albedo scores.

“We’re not saying Phoenix isn’t hot,” Brady said, “we’re just saying it’s not much hotter than it needs to be.”

That is not the case for Burlington.

“I want people to understand that the survey isn’t necessarily about how hot your city is on the thermometer; it’s how much warmer your city is than it needs to be because of the way it’s built,” Brady said.

As temperatures rise in the northern states, the heat island score for Burlington could have an increasing impact, and the city ​​has adopted another quantifiable urban heat island mitigation target.

“Urban heat islands turn up the thermostat a little bit on top of an extreme heat event,” said Jeremy Hoffman, a national climate change expert who is chief scientist at the Science Museum of Virginia.

People living in urban heat islands generally experience higher-than-average rates of heat-related illness, according to Hoffman, especially outdoor workers and those with underlying respiratory problems. Both Hoffman and Brady stressed that if Vermont faces heatwaves in the coming years, Burlington may need to take steps to improve its exceptionally high heat island score so it can protect vulnerable residents.

Things like green roofs – with flora on the roofs of existing buildings – or even painting buildings with lighter colors can significantly increase albedo scores, reflecting more solar radiation away from the city.

“In an older city like Boston or Burlington, you’re not going to demolish buildings, but white roofs, or green roofs, reflective roofs, that can really make a difference,” Brady said. In addition, creating shade structures and planting more trees can lower heat island scores overall.

Hoffman said that as temperatures rise in the coming years, Burlington officials will likely need outreach programs to keep vulnerable residents safe. He said subsidizing air conditioning in public areas — such as libraries and community centers so residents can cool off somewhere during extreme heatwaves — could minimize heat-related illness.

While the Climate Central study did not map the heat distribution per neighborhood in Burlington in 2020, Urban Heat Island Severity Data Set of the Trust for Public Land did. The dataset also examined the areas around Burlington, including Winooski and South Burlington

The map shows that areas of higher heat island intensity tend to be concentrated in the northern parts of the city and Winooski.

EPA’s Environmental Justice Screening and Mapping Tool shows that the population of northern Burlington is more vulnerable to the effects of climate change than residents of other parts of the city and surrounding areas, Hoffman said. That includes low-income people, those without a high school diploma, and people of color. The tool also shows that environmental factors such as air pollution and proximity to hazardous waste and traffic are a greater problem in northern Burlington.

Hoffman said a housing agreement enacted in South Burlington in the 1940s, preventing people of color from buying homes there, likely played a role in vulnerable populations now facing more serious climate change risks in Burlington, just to the north.

“There is a clear historical lens on current environmental inequality, even in a city as small as Burlington,” Hoffman said.

He stressed that people living in neighborhoods with high urban heat island scores will suffer more. Brady echoed that sentiment, saying steps need to be taken at the local level first.

“Cities have to think, if I look around here, how can I make this cooler? As I move from neighborhood to neighborhood, what can I do to make it more comfortable and cooler based on the conditions around me?” said Brady.

Hoffman said people most vulnerable to the effects of climate change should be part of the effort to come up with solutions.

Don’t miss anything. Sign up here to receive VTDigger’s weekly email about the energy industry and the environment.