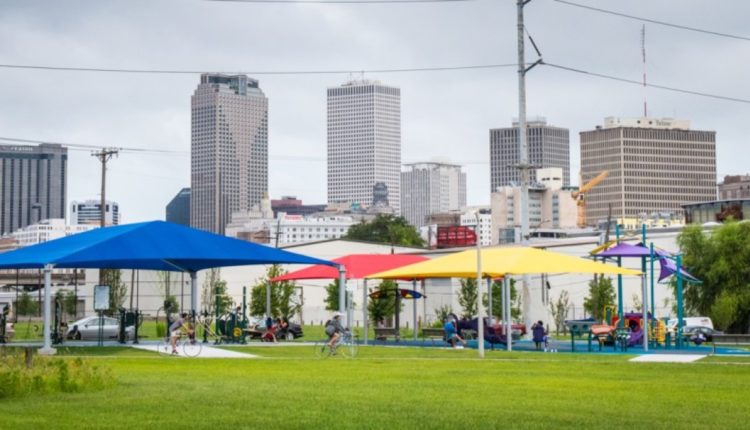 New Orleans is one of the major heat islands in America, according to, a new study by the Climate Central research group.

The research shows that on average the city is about 9 degrees hotter than the surrounding countryside. Some parts of the city rise to 16 degrees hotter.

Researchers looked at factors that cause a heat island effect, namely buildings and pavement that cause cities to be hotter than their outer areas.

Many New Orleans buildings have black tar shingles and many of the roads are asphalt, both of which help a city retain heat. Cities with lighter roofs and light-colored concrete pavement, such as Phoenix, absorb less heat.

Tall buildings cool cities, and New Orleans doesn’t have much of them. Trees and parks also have a cooling effect, as do permeable surfaces, such as mulched areas and lawns, that absorb rather than trap heat. The city scored low on all points.

“The big factor in New Orleans is the ‘albedo’. New Orleans has a lot of dark-colored roofs and pavement, which makes the city want to warm up more.”

Increased heat can have serious health consequences, such as heat stress, and can cause dangerous ozone levels. Higher summer temperatures also put a strain on the electrical grid as the use of air conditioners soars.

Support for the Coastal Desk comes from the Walton Family Foundation, the Greater New Orleans Foundation, and local listeners.

12 bathroom remodeling mistakes to avoid when planning your design