New legislation passed by the Rhode Island state senate would create a plan to meet the goals set by executive order by 2020.

The Senate approved Senate President Dominick J. Ruggerio’s bill (2022-S 2274A) that would require 100% of all electricity sold in Rhode Island to be generated from renewable sources by 2033 — the most ambitious timeline of any state in the nation. The Senate passed similar legislation introduced by President Ruggerio during the 2021 session.

“Here in the Ocean State, we know that action to tackle the climate crisis cannot wait. Rhode Islanders are already feeling the effects of climate change, and the risks facing our communities will continue to increase in the coming years,” President Ruggerio said. “This legislation sets a bold but achievable goal and builds on the historic progress we made in 2021 through the Trade on climate† It keeps Rhode Island, home to the country’s first offshore wind farm, at the forefront of renewable energy innovation. And it will help us harness the power of clean energy to drive economic growth and opportunity.”

Current state law requires a 1.5 percentage point annual increase in the amount of electricity needed to be generated from renewable sources through 2035. President Ruggerio’s legislation would accelerate those increases and go further to reach a 100% renewable energy standard by 2033. the rate of increase as follows:

The legislation, which originally set a target date for 2030, aims to effectively phase the transition to a fully renewable energy-powered Rhode Island and allow time for necessary capacity expansion.

“If passed, this bill will launch Rhode Island into the upper echelon of America’s clean energy leadership states,” said Johanna Neumann, senior director of the Campaign for 100% Renewable Energy for the Environment in Rhode Island. 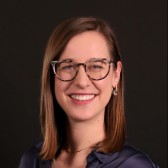 Kelsey is editor-in-chief of Solar Power World and host of the Contractor’s Corner podcast.

i4F exhibiting at NeoCon for the first time