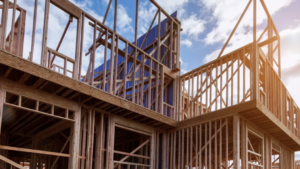 Washington, DC – Rising mortgage rates of nearly 7%, along with easing building sentiment due to persistently high building costs and weakening consumer demand, pushed new home sales down by double-digits in September, according to the National Association of Home Builders (NAHB). ).

After a brief rebound in August, sales of newly built single-family homes fell 10.9% in September to 603,000 seasonally adjusted annual figures, according to recently released data from the U.S. Department of Housing and Urban Development and the U.S. Census Bureau.

“Builders continue to experience reduced buyer traffic due to declining affordability conditions as the housing crisis continues,” said Jerry Konter, president of the NAHB and a Savannah, Georgia homebuilder and developer. “Builders sentiment has declined for 10 consecutive months. The entry-level market in high-cost areas has been particularly affected, with a growing number of first-generation starters and first-generation buyers being priced out of the market.”

NAHB chief economist, Robert Dietz, added: “New home sales are down 14.3% year-on-year compared to 2021. In addition, sales are now down 1.9% on the same basis compared to the level of 2019 that before the Covid-related changes in interest rates.”

A new home sale occurs when a sales contract is signed or a deposit is accepted. The house can be in any construction phase: not yet started, under construction or completed. In addition to the seasonal adjustment, September’s reading of 603,000 units is the number of homes that would be sold if this rate continued over the next 12 months. Notably, new home sales data did not include cancellations, which have more than doubled from a year ago, according to NAHB survey data.

The stock of new single-family homes remained high with a stock of 9.2 months (in various construction phases). A measure close to a six-month supply is considered balanced. The number of homes for sale, 462,000, is 23.2% higher than last year. Of this total, only 56,000 of the new home inventory has been completed and ready to move into. The rest have not yet started construction or are currently under construction.

As a result of rising construction costs, the median price of a new home in August was $470,600, up 13.9% from a year ago. However, NAHB surveys show that a quarter of builders are now cutting prices, so price data from recent months reflects a change in composition, with sales at the bottom of the market pushing up the median price. In September 2022, there were 20,000 sales with a price below $300,000. In September 2021, sales in this price range were just 6,000.