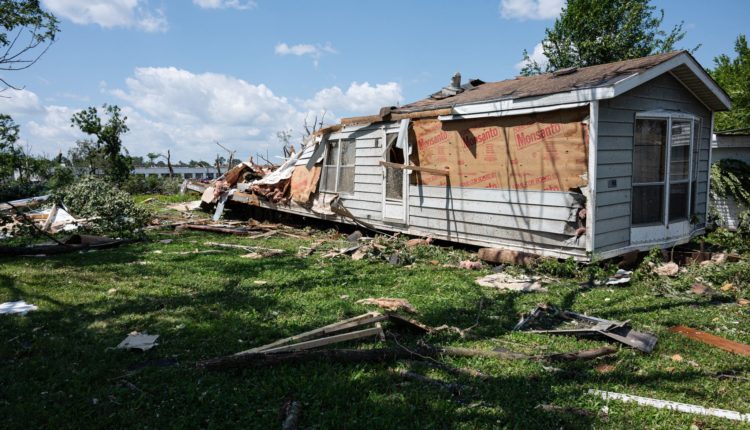 The National Weather Service completed their assessment on Saturday of the large EF3 tornado that hit Bensalem Township on Thursday evening.

Below is the report from National Weather Service officials:

The Somerton-Trevose-Bensalem tornado began in Somerton, Philadelphia County near Southampton Road, Kelvin Avenue and Trevose Road, where it uprooted and knocked over large branches of some coniferous and hardwood trees. The tornado crossed County Line Road into Trevose in Bucks County, where a large tree was uprooted. The tornado continued between Trevose Road and Peyton Street, where further damage to trees occurred before crossing Lukens Street. The tornado then briefly retreated into Philadelphia County at the northern tip of Poquessing Valley Park, where a few trees were uprooted. The tornado then spiked back to Trevose in Bucks County, where it caused some minor cosmetic damage to some homes in the Beechwood Estates neighborhood and blew down several sections of vinyl screens. In and just south and east of the residential area, some small trees were also snapped or uprooted.

As the tornado approached Somerton Road, it began to intensify and expand significantly as it moved into the Metropolitan Industrial Center. Numerous coniferous and hardwood trees were cut or uprooted in the SUEZ Water Company site southwest of and along Somerton Road. Five wooden utility poles were broken near the ground along Somerton Road and on the north side of the SUEZ site. All seven warehouse buildings in the industrial complex northeast of Somerton Road suffered at least minor damage, the most significant being the Northtec building. Numerous roof-mounted HVAC units have been shifted or blown off some buildings in the industrial complex. A non-load-bearing interior wall collapsed through French doors in the westernmost building. A sedan was lifted and turned over in Northtec’s parking lot and a steel flagpole with a flag on it was completely flattened to the ground. The Northtec building suffered significant structural damage due to large sections of the roofing material being removed. In addition, numerous exterior panels were blown off, garage doors were blown out, a few windows were blown out, and at least two large HVAC units were blown off the building. Numerous coniferous and hardwood trees were uprooted or snapped in the industrial complex and immediately adjacent areas.

A cell phone tower next to the industrial complex had blown off all its antennas, but the tower itself did not collapse. Southeast of the industrial complex, minor cosmetic damage has occurred to some homes along Carter Road in a residential area. Tree damage related to the tornado occurred along Carter Road and Sussex Road north of Buckfield Terrace. This was the area where the tornado circulation reached its greatest extent at about three-tenths of a mile. As the tornado approached the Pennsylvania Turnpike (I-276) and crossed the Pennsylvania Turnpike (I-276), an information board was blown off an overground road and part of it landed nearly a half-mile further downstream. Just north of the toll road, minor cosmetic damage occurred to a hotel building where a tree in the parking lot had also been uprooted. A large billboard was blown down just north of the turnpike and south of Street Road. A small utility building nearby had its roof blown off. The northernmost extent of the damage occurred in the grounds of the Toscana 52 restaurant, where the tornado blew down a chain-link fence and uprooted some small trees in the parking lot.

The tornado moved east-northeast down Street Road toward the Faulkner car dealership complex, where it began to intensify, narrowing its path of damage slightly. The dealers’ four showrooms suffered significant damage, with most of the windows blown out and at least some roofing blown off. The worst damage occurred at the Buick/GMC showroom, where most of the roofing material had been blown off, all windows and doors had blown out and the exterior walls cracked due to wind stress. Rooftop HVAC units from this building were thrown into the parking lot behind the building. All dealer signs near the main road were destroyed. Numerous new and used vehicles suffered significant damage from flying debris or being pushed or thrown through the air.

The tornado continued toward the dealer’s main service garage, where the most damage occurred. The southwestern portion of the building was destroyed, with most of the exterior walls completely collapsing and all roofing material blown away. Most of the interior walls remained standing. HVAC units on the roof were thrown from the building and one unit landed nearly 200 meters downstream from the building. The damage to the building eased somewhat towards its eastern end, where portions of the exterior walls were damaged and nearly all the garage doors were blown out. The wind that raged through the garage area carried debris, auto parts and tools downstream far away from the structure. Some vehicles near the main garage building were completely destroyed by large pieces of flying debris or by being flung and falling back to the ground. A small pickup truck was crushed by a collapsed exterior wall. Five people are said to have suffered minor injuries at the dealer complex.

The tornado continued east to northeast toward Weisser Homes mobile home park and into an area of ​​trees that sustained significant damage. Most of the treetops and branches had been completely stripped of the stationary or broken trunks of hardwood trees in this area. A large storage container filled with auto parts from the upstream service garage parking lot was lifted into the air and set down in this tree-lined area. An uninhabited mobile home model was lifted and completely destroyed on the mobile home park. Another double-wide mobile home had a large part of the roof blown off. Several other mobile homes also suffered varying degrees of damage. A large amount of various debris from the dealer complex has ended up in this mobile home park. Numerous coniferous and hardwood trees in the vicinity and just downstream of this area were snapped or uprooted along the Old Lincoln Highway.

At this stage, the path of the tornado damage narrowed significantly and the intensity decreased significantly as it crossed the Old Lincoln Highway and moved toward the Lowe’s and Walmart shopping centers on Route 1. The tornado passed over these malls, but no structural damage was noted to these structures. Numerous small trees were snapped and uprooted in the large parking lot and row of trees just north of the toll road junction in Bensalem. In the junction area, some exit signs have been blown over.

The tornado damage was interrupted somewhat as it moved east-southeast to Bensalem on Route 1 and toward a residential area. Several homes in the area sustained some roofing and other cosmetic damage in addition to some damage to trees. The tornado continued down Rockhill Road and along Richlieu Road toward the Christian Life Center, where several trees were snapped or uprooted. Some panels had blown off the church tower, but the tower itself was not damaged. The tornado continued to weaken as it crossed Galloway Road and then disappeared into Bensalem Township Community Park, where some minor tree damage occurred.

No known serious injuries or fatalities from this tornado.

Report a correction by email | Editorial Standards and Policies 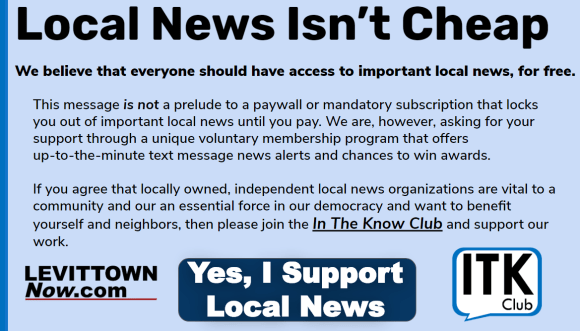