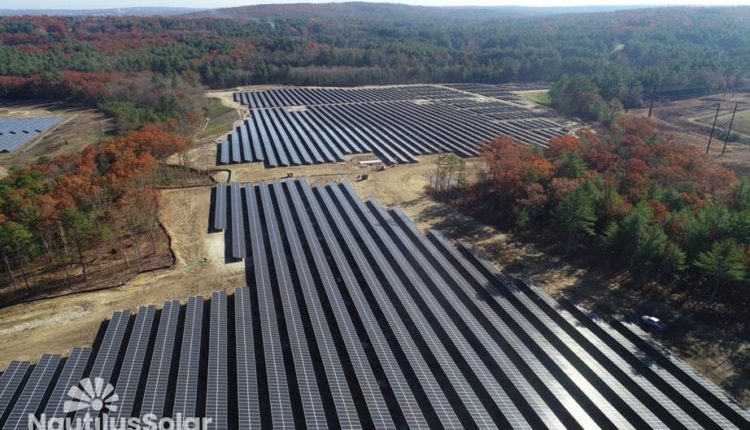 Nautilus Solar Energy and TurningPoint Energy announced that the King community’s solar project in North Smithfield, Rhode Island, has been mechanically completed and will be fully operational in July. The 15.68-MWDC (12.44 MWAC) project, made of two solar panels, together represents the largest community solar project in Rhode Island and will deliver energy savings to more than 3,000 Rhode Island National Grid customers by subscribing to the project. The project is owned and operated by Nautilus and originally developed by TPE. Former governor and current United States Secretary of Commerce Gina Raimondo attended the first kickoff for the project in November 2019. The project required significant collaboration between Nautilus, TPE, Town of North Smithfield, the Environmental Protection Agency (EPA), and the Rhode Island Department of Environmental Management (RIDEM), as the project is adjacent to the Superfund site of Landfill & Resource Recovery, Inc, which is currently undergoing an extended corrective response under the supervision of the EPA.

The King solar project is part of the State of Rhode Island’s Community Net Metering Solar Pilot program, which has helped create hundreds of temporary jobs and provided savings to thousands of Rhode Island residents who have subscribed to the project.

“We are hopeful that the legislature and the new administration will build on this momentum by expanding the pilot program so that more projects like King can be developed in the state,” added Jeffrey Cheng, president of Nautilus Solar.

Wrench Group Expands to Midwest through Partnership with Williams Comfort Air of Indianapolis, and Its Partner Brands in Louisville and Cincinnati