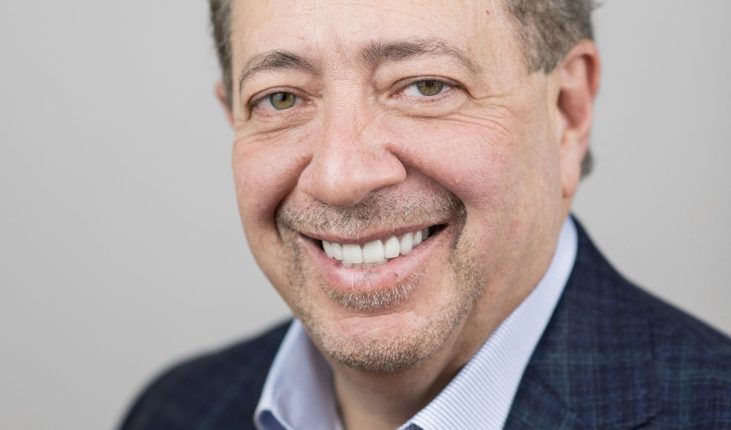 My take: Tribute to a friend 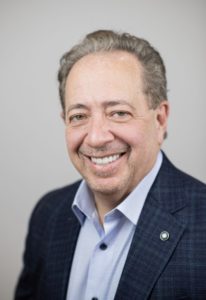 By Steve Feldman – I hate obituaries. I find them boring. On the other hand, they are not designed to be dragged along. They are simply mandatory summaries of one’s life from beginning to end. Less about the legacy they left behind. Is that how you would like to be remembered?

I’m going crazy here: Steve Joss wouldn’t do that. For those of you who hadn’t heard, Steve, the longtime owner of The Vertical Connection in Columbia, Maryland, passed away two weeks ago at age 72. He died of lung cancer, not kidney cancer. That’s because a 25-year-old named Jes Smothers donated a kidney to Steve, extending his life until earlier this month. More on that later.

Steve was a friend, and if I know him as I think I know, he would want these words to pay tribute to who he was, how he lived his life, the impact he had on people and the example he set for gave us all. Let’s call it a life well lived.

First and foremost his wife Kathy.

They had the storybook marriage – 49 years, 11 months and a week. For those who score at home, that’s three weeks for 50 years. Kathy was his best friend and he always told me how to find my ‘Kathy’. His son, Adam, would say at his funeral that he couldn’t go more than an hour without communicating with her. Together they survived her breast cancer 20 years ago, and I know that has only served to make their marriage stronger. In a world where divorce accounts for half of all marriages and another 25% would probably be better off pulling the plug, he showed the world what marriage was for.

His children, Adam and Lauren.

His relationship with them was a blueprint I’d like to steal from him if I eventually had children – though I really didn’t steal them; he handed it to me on a silver platter. When I first met Steve in the late ’90s, I was fascinated by the fact that his 20-year-old children chose to spend New Year’s Eve with their parents instead of their friends. He taught us all the definition of family. (By the way, my son and his girlfriend chose to spend last New Year’s Eve with me — funny how a trip to Florida will do that. Steve would have been proud.)

I remember then he couldn’t stop talking about Lauren’s high profile job with Eli Lilly. So proud of how much they appreciated her. Adam too. Even when they started working together at The Vertical Connection and Adam, as a generation xer, would terrify him with his generation’s way of doing business. They would bump into each other, but eventually Steve would quietly admit how well Adam ran the company.

Talk to Adam and Lauren and they will tell you that The Vertical Connection was his third child. Then they will admit that the company was really his first child. I don’t know how many customers Steve had over the years, but if only one was dissatisfied, he’d be dead. He taught this industry that good customer service is everything.

Steve had MS. Steve has had back surgery. Steve had cancer. Steve was on dialysis three days a week until he got that kidney. Despite everything, he never complained. Not once. Steve would never even complain – unless the restaurant messed up his order or his food was cold. But only then. “I don’t want to complain, but…” Steve taught us that complaining is not going anywhere and that you might as well make lemonade out of lemons.

Perseverance in the face of adversity.

I said Steve had MS. You will never meet someone who has kicked such a disease as hard as Steve. When walking became too difficult, he got a scooter. When stairs were too heavy, he built an extension to the house so that the bedroom could be moved downstairs. He taught us that it is never about the problem, but only about the solution.

I challenge anyone who has ever asked Steve how he was doing to remember a time when his answer was anything but “great”. Business has always been great. Kathy was always great. The kids were always great. The new restaurant he tried last night was great. He always felt great, especially after that kidney gave him a new lease of life.

Steve was happy to give advice, asked or not. He always wanted to help. About 20 years ago, when I was at Floor Covering Weekly, Steve approached me about writing a column. He felt he could offer his fellow retailers insight. I agreed, and we called it “From the Front Lines” or something. He co-wrote it with his best friend, Ron Katz, who previously ran Harry Katz Carpet One on Long Island. Ron was the politically correct one; Steve wanted to tell it like it was. He believed that retailers should know the real story. Steve was also appointed to the board of Howard Community College. He loved nothing more than guiding young children.

A personal note: who knew that a column in FCNews three years ago would change the lives of three people forever. The column was about Steve, and the goal was threefold: to show the world that money isn’t necessarily healthy; complaining won’t get you anywhere; and in times of adversity you have two choices: feel sorry for yourself or hold on to hope. The column resulted in an email from Jes Smothers wanting to donate his kidney. It turned out that Jes and Steve weren’t a match. But because of Jes’s willingness to donate a kidney, Steve got one from the kidney bank. And Jes’s kidney? A 12-year-old boy’s life was saved and now lives a life he otherwise wouldn’t be.

At the end of the day, it doesn’t really matter that Steve was born in Queens, or whether he towed on the road near Kennedy Airport, or that he lived in Maryland. What matters is the legacy he left behind, the impact he had on others and how he made the world a better place. He touched many people in ways he will never forget. That’s how you live forever.

The post My Opinion: Tribute to a Friend appeared first on Floor Covering News.