Minnesota fuel refinery will be powered by 45-MW solar project

DEPCOM Power was commissioned to build a 45 MW solar plant for Flint Hills Resources to power the company’s Pine Bend refinery in Rosemount, Minnesota. The refinery supplies Minnesota and the Upper Midwest with gasoline, diesel and jet fuel, heating fuels, asphalt, fertilizers and the chemical building blocks used in thousands of everyday products. 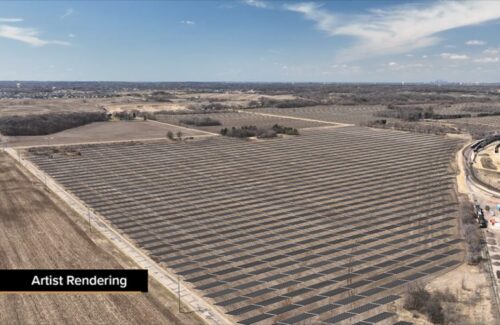 The solar installation will contain a minimum of 100,000 panels and will connect directly to the refinery activities.

“With this project, we are improving our ability to fuel people in a way that enables us to be more competitive today and in the future,” said Jeff Ramsey, president and CEO of Flint Hills Resources. “Our refinery operations are among the best in the world and we continue to innovate and find new and better ways to produce and deliver the fuel and other petroleum-derived products that remain essential to the economy and modern life.”

The Flint Hills Resources solar facility will be located on approximately 300 acres of the company’s property adjacent to the Pine Bend refinery complex in Rosemount. The facility’s projected solar production is enough electricity to power more than 8,400 households per year and has a peak capacity of approximately 30% of the refinery’s power needs under optimal conditions.

“This is an extraordinary project and a great opportunity to demonstrate how to seamlessly integrate solar power into a large industrial facility with high, consistent power demand, reliably and at a lower cost than conventional retail power,” said Justin Bloch, president of solar energy. at DEPCOM. “You don’t often see utility scale projects for a single facility and while this may be the first project of its kind on this scale, it won’t be the last. Distributed solar power is proving to be a competitive and reliable source of energy for many energy-intensive industries.”

HSGS-Ameresco to build 1.5-MW solar project for U.S. Army base in Utah