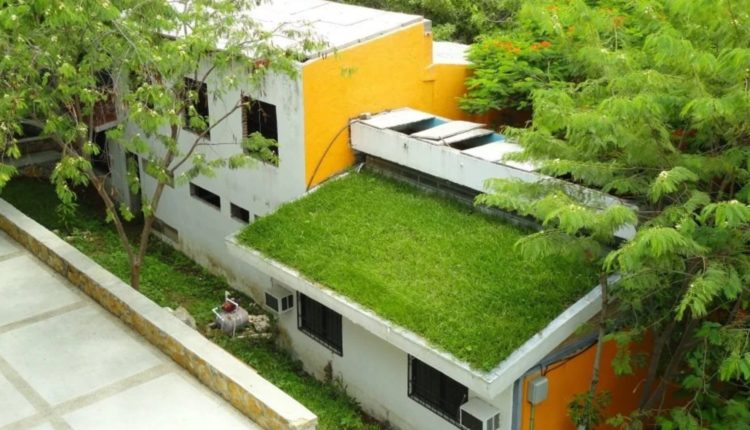 This article was translated from our Spanish edition using AI technologies. Errors may occur as a result of this process.

Green roofs , also called green roofs or roof gardens environmentally friendly systems in which it is possible to plant certain types of vegetation on top of a plate (from grass to a tree).

And while their placement has many advantages, such as controlling the temperature, traditional green roofs are usually expensive and burdensome, therefore require specific conditions and are not accessible to families with limited resources.

However, this can change thanks to Mexican ingenuity. And it is that, after a long investigation that took about 12 years, a group of specialists from the Autonomous University of Chiapas (UNACH) managed to create Domotej , a green roof that can cool down to 17º.

According to a scientific article about it Domotej :

“This system involves the improvement of its thermal performance and is suitable for use in a tropical climate … In addition, it can offer some advantages over traditional systems because it requires less economic investment and because a progressive construction method can be performed by the user. are used “, Evaluation of the structural behavior of the prefabricated component for the Domotej roof.

For more information on this project you can check the profile of Alternative roofs from Chiapas. How do they work?

Due to the strategic presence of vegetation, the green roofs of Domotej ensure that the direct thermal gain generated by solar radiation is eliminated. On the other hand, the albedo (percentage of radiation that the surfaces reflect in relation to the radiation that falls on it) is also reduced.

Likewise, the photosynthesis process in plants helps significantly to reduce the effect of “heat islands” and to purify the surrounding air. It is worth noting that it is advisable to place endemic species so as to facilitate the maintenance of the garden.