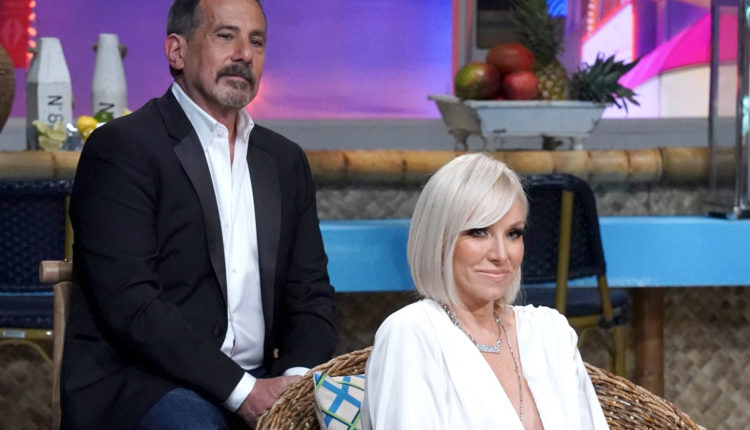 Margaret Josephs may have been tough on her husband, Joe Benigno, as she waited for him to complete the renovation of their Garden State home (in fact, during The real housewives of New Jersey reunion preview clip, above he joked that Marge hasn’t “let him down” even after its completion), but when it comes time to defend her husband, she never misses the opportunity.

During a heated conversation about Jennifer Aydin’s marriage in Part 1 of the RHONJ The season 11 reunion, which aired May 19, brought out Margaret that Jennifer’s Instagram bio reads, “Married to a Plastic Surgeon,” adding, “That’s her identity.”

During the reunion, Margaret replied, “What’s wrong with being a plumber?” adding, ‘I know what that means, Teresa. Not a nice thing! I’m not saying what my husband does for a living … You know why I’m proud of him? He is honest, caring, loving, wonderful and supportive. ”

Margaret also took to Instagram after the episode aired to add another clapback. Alongside a photo of Joe and Joe Gorga at work, Margaret wrote, ‘Proud of these two average Joes and all the hardworking men out there … These two have been in a rush since they met. Blessed with the best! She also added the hashtags ‘plumbers’, ‘contractors’ and ‘electricians’.

Joe Gorga responded to the post, writing, “Only two real guys doing the American dream.” Joe Benigno added, “It’s a pleasure to work with Joe Gorga, he’s nothing but a class act!” And Melissa Gorga added, “The guys,” with a muscle-relaxing emoji. Even Marge Sr. weighed in and added, “So true. You saw what [Joe Benigno] finished with their home he is great. Thoughtful, loving, best husband and father. ”

The daily dish is your source for everything Bravo-related, from behind-the-scenes scoops to breaking news, exclusive interviews, photos, original videos and, oh, so much more. Subscribe to The daily dish podcast, join our Facebook group, and follow us further Instagram for the latest news from the press. Sign up to become a Bravo Insider and be the first to receive exclusive extras.

Consumer Advocate: Get your HVAC ready for warm weather | Business