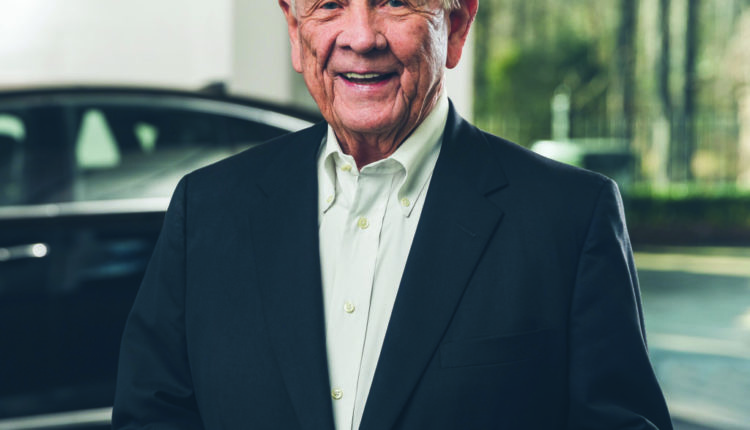 Tell it like it is: industry legend, Bob Shaw, candid assessment of the evolution of carpet over the years 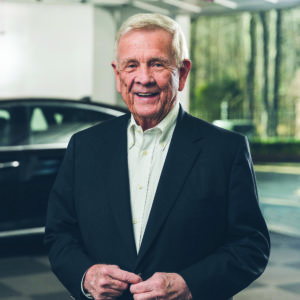 It was DuPont against the factories for control…

“Nobody really had capital in this business. The woven manufacturers—the Lees and the Bigelows—had some capital, but they weren’t part of the real mainstream of the tufting industry. We had a few public companies – Coronet and I think Galaxy had gone public. But no one really had serious capital. Who had the serious capital? DuPont. They could supply us with the yarn, and we would struggle to make a piece of tapestry from the yarn.

The biggest problem was how do we paint it? How do we color it? We started by putting it in a dye beck, but then we moved on to continuous dye ranges. We were changing a lot of things at that time. We changed the way we warmed the yarns. We were twisting and heating the yarns instead of using single yarns.”

Was Stainmaster a new fiber, or was it more of a marketing tool?

It was a marketing tool. It was the same product. I think we’re giving credit to a name, but the truth is, DuPont had the best yarn; type 6.6 yarn was the best filament nylon to make carpet. It was more the fact that they already had Antron in the commercial side of the business. They had already gone up to Antron and said, ‘If it becomes commercial, we should go to solution dyed.’ So all Antron on the commercial side went to solution dyed. One by one, we took white nylons, and that’s what DuPont can make, whatever we call it.

Tell me about going direct instead of selling through distribution?

Shaw went public in 1971 and by then had made nearly half a billion dollars. The majority of our turnover came through distributors. One of the most important things we did at Shaw was to become our own distributor. I think you had to because of the styling – you couldn’t keep the amount of downstream stock in retail any longer. We made too many products. We had whole monsters and you couldn’t inventory the monsters. What we ended up doing was saying, ‘OK, cut out samples and buy bits, cuts.’ The cut-order business was probably a big change that nobody really knew about. But we no longer had the downstream inventories held by the distributors.

When did you decide to buy other factories, and was it a result of DuPont gaining more control?

At that time, staple still played a big role, so we bought up the individual staple factories. Staple accounted for at least a third of total market revenue. It was mainly nylon. Polyester really wasn’t there yet. You added value in your spinning mills, but you added much less value by buying a filament, and you twisted it and heated it, so your value was much less.

What do you think was the first sea change after 1986 for this carpet industry?

You know we’ve given Stainmaster a lot of credit, and I think it’s right, because it’s spent a lot of money on advertising. But Stainmaster didn’t change anything. The tufting machine had more to do with change than Stainmaster.

Has it become a big part of the Shaw business?

New. It was part of our business, but we joked about it. What DuPont would do is give you X pounds of unbranded nylon for X branded Stainmaster.

Why did you want to buy Queen?

Nothing got me to buy it. It was a company owned by the Saul family. They were probably close to a half-billion dollar company. I think Julian had to decide whether to become a publicly traded company because he needed to raise capital to expand his business. Instead of raising capital, Julian decided to continue as a limited liability company which he preferred to sell.

Everything happened at once. But most importantly, if you survived in the long run, you would add more value, meaning you would make your own yarn. That, of course, pitted Shaw and DuPont against each other. As they said, “We’re not sure if you’re a customer or a competitor.”

Let’s talk about the decision to go into retail.

Nobody understood that. The fact is, we broke the Stainmaster ties with the retailer. It is designed to be able to determine our own destiny. The only way we could do that was to go downstream and buy the customers – the New York Carpet Worlds, the Carpetland USAs, etc. – because DuPont wanted to keep the custom carpet industry separate; they did not want a concentration of the carpet trade. We even had to call the carpet Stainmaster carpet. They didn’t want a Shaw name or Queen name on the carpet. The battle was really between Shaw Industries and DuPont at the time. We felt we needed to add more value, which meant buying nylon chips and making our own yarn. DuPont believed they were thread manufacturers and advertised their product, and we were converters for DuPont. DuPont made about 90% of the money. Our battle was with DuPont. The only way to do it was to buy the downstream one.

Have you decided to buy the largest one first?

Bought the biggest one first. Bought the second largest.

You got into retail and all of a sudden you have 100 stores.

We had 100 stores and sold them as fast as we walked in. We were never interested in retail. We wanted to break the chain between DuPont and retail. Over that period, we went from $100 million a year to $30 million – $35 million. Then we came out and made significantly more money after taking DuPont out of the downstream. We knew it was short-lived.

So the strategy worked?

Yes, I did. In fact, DuPont sold his company about a year later.

Could the industry have sold this product better to consumers?

I do not think so. When we got to it, we had to hook up with wallpaper and upholstery and everything. Then they finally got around to carpet. We have never led a trend with carpet. DuPont wanted to believe we did, but we were always decorating a room, and we weren’t the expensive part of decorating a room. It was wall treatment, window treatment, upholstery and then carpet.

Biggest turning points in the past 35 years?

In the last 12 years we have not been in a recession – we have been in a depression. Our depression started in ’09 and we peaked in 2013, when all the homes sold had to be repossessed. We pretty much cracked our banks during that period. Since 2013, this will probably be the first year that carpet plays a bigger role [of the flooring market] than the year before.

When the moratorium on evictions is lifted, the industry see even more growth?

We may have 30% not paying their rent. Apartment replacement has been a major carpet market and remains a major carpet market. But you have to remember that we were only building 600,000 houses for a very long time when we needed 1.6 million to 1.8 million. Apartments didn’t turn around. In the late ’80s and early ’90s, we delivered apartments every three and a half years, and 90% of the apartments would put your carpet down. It must be five years. Why? Because there was no place for people to move, and they couldn’t get loans. The banks desperately tried to reprocess their balance sheets.

You will see more homes being built, but smaller homes?

I think we should do that. If you really get into it, you can’t build a house for $40 a foot or $50 a foot. You are now talking about $200 a foot to build a regular house. You’re going to build 1,500-square-foot houses instead of 2,400-square-foot houses. You’re not going to eliminate the bedrooms, though. You have the same number of bedrooms.

Best decision you ever made.

You don’t commit it to a decision – you commit it to a series of decisions. I think the maturity of the industry requires you to add more value to that. The more value you add to a product, the more opportunity to make money. I think in any industry, if you make a better product for a lower price, you’re much more likely to have a bigger customer base.

Why did you end up selling to Berkshire?

We had a lot of family. Every time you go through generations… I didn’t have much. I owned a little bit of Shaw, but we had brothers and sisters and children and grandchildren, and Julian and his sister. We had many people. And all these people grew up and instead of having a growth business, they wanted a little action on their livelihood.

Can you talk about the issues you had with Warren Buffett?

He is an investor, not an operator. The problem is, he doesn’t fall in love with any company. He is perfectly willing to take capital out of this industry and put it into another industry that is growing faster. That’s what the business half-life is all about.

Was there a business you wanted to buy that you just never did?

Was there ever a business you bought that for some reason almost didn’t go through?

Cabin Craft. West Point owned Cabin Craft at the time. We got involved in the inventory and the inventory didn’t have the same value, but we adjusted that. We had also bought Lees. But then we were outbid. We had a letter of intent. But anyway, Lees went out and Mohawk bought it.

Let’s close by talking about your grandsons, Will and Joe, the twins. You trained them. How are they similar to you? How are they different?

First, I think they were probably working harder than I was at their age. They are identical twins but have two different personalities. One is more of an insider and the other more of an outsider. William doesn’t meet strangers. Everyone he meets is immediately his buddy.

I was always selling something. I was not an engineer. I wasn’t one to even like production. I wasn’t selling a product so much as a company name. Of course you had to have a good product. But I’d say that personality, I’m probably halfway between them. I never cared how a piece of carpet was made. I wanted to know how it sold. If it sold, it was the right piece of carpet.