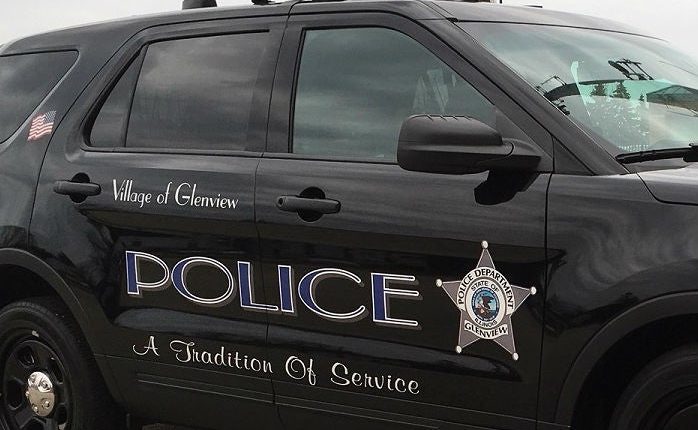 GLENVIEW, IL – The following information comes from Glenview Police Department (unless otherwise stated) and court records as a record of police activity, including incidents reported by the public and arrested by the police. Criminal prosecution is an accusation of the state and is often dropped or reduced. Updated information may be available from the Circuit Court’s Cook County Clerk.

Any person arrested is presumed innocent unless proven guilty beyond a reasonable doubt by a court of law.

DRIVING UNDER THE INFLUENCE

Bryanna Hernandez, 23, of the 8000 block of N Kilpatrick Avenue, is charged with having an active warrant from DuPage County for non-appearance, and was arrested at 11:20 am on May 20 at the Glenview Police Department, 2500 E Lake Ave She was turned over to the DuPage County Sheriff’s deputies.

A person at a church in the 1000 block of Elm Street reported at 8:14 AM on May 18 that someone had damaged an LGBTQ Unity flag on the property. The reported loss is $ 60.

An employee of a company located at 1200 block of Milwaukee Avenue called the police at 11:56 am on May 20 to report that they had found a motorcycle in a pond on the property. The owner was contacted and the motorcycle was towed off the scene.

A resident of Chestnut Avenue, Block 2000, reported at 7:56 PM on May 21 that an employee of an HVAC company had inspected their air conditioning units. The resident suspected fraud during the inspection.

A resident in block 2500 of Glenview Road called the police on May 22 at 4:50 PM to report that he had received an imminent text message. After a number in the text was called, the text was recognized as a financial scam.

NOT A VALID DRIVING LICENSE

Natalie Baker, 50, from Glenview, is charged with not having a valid driver’s license, driving a vehicle with expired registration, driving an uninsured vehicle, and was quoted at 8:19 PM on May 22 after a traffic stop on Harlem Avenue and Linneman Street. She was released on bail and assigned a court date of June 14.

Amelie Pankov, 19, of the 8900 block of Heathwood Circle, Niles, is charged with possession of less than 10 grams of cannabis and was quoted a village ordinance at 9:21 p.m. on May 22 during an investigation in Willow Park, block 2600 from Greenwood Road.

Deviner Garrett, 25, of block 400 of W 61st Place, Chicago, is charged with driving with a suspended driver’s license and was quoted on May 24 at 12:51 p.m. after a traffic stop at block 3800 of Willow Road. He was released on bail and assigned a July 1 court date in Skokie.

A resident of the 3800 block of La Fontaine Drive reported several items missing from their home at 10:23 am on May 24 after hiring a moving company to move boxes.

A resident of Wildberry Drive called the police on May 24 at 6:38 PM to report that they had received an email from an online sales company stating that their debit card, with the correct last four digits, was being used to connect a camera. $ 5,000 to buy. A scam was recognized when a phone number in the email was called.

A resident of Highland Park reported at 9:39 p.m. on May 24 that he was engaged in a physical argument with their friend in a company parking lot in the 4500 block of West Lake Avenue.