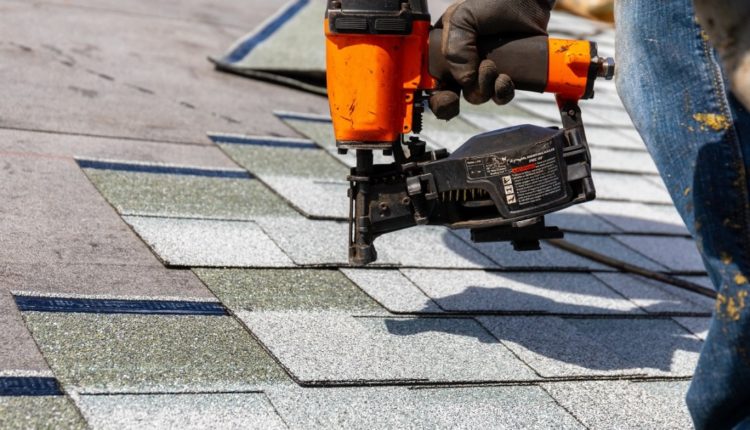 A federal judge has prevented the state from enforcing a key part of a new property insurance law designed to fight fraud that prohibits roofers from advertising to potential customers.

“It is also clear that Plaintiff’s impending injuries from prohibiting Plaintiff’s truthful commercial speech outweigh the State’s interest in preventing fraud, protecting consumers from exploitation and stabilizing the insurance market,” it wrote. Walker in a statement issued Sunday.

“Gale Force is absolutely against any kind of insurance fraud and agrees that the state should punish fraudulent actors, but that is no excuse for imposing draconian restrictions on companies like Gale Force that follow the rules and help property owners recover.” when Mother Nature strikes. Dewey said in a press release.

Representatives from the Florida Department of Business and Professional Regulation were not immediately available for comment Tuesday. Department Secretary Julie Brown was a named plaintiff in the lawsuit.

Walker’s injunction focused on provisions in the law regarding communications by contractors. The new law would prevent contractors from soliciting homeowners to file claims for roof damage through a “banned ad,” which could include things like emails, door hangers, flyers and pamphlets.

While the state has the right to regulate contractors and protect Floridians from fraud, Walker wrote, “it must do so within the limits set by the Constitution.”

The company also argued that the new law is more about reducing insurance claims than preventing fraud, saying the statute serves as a “barely veiled effort” to prevent homeowners from getting outside help in filing valid claims. insurance claims for home repairs.

The bill’s supporters and insurance industry officials argued that questionable, if not fraudulent, roof damage claims have played a large role in driving up costs.

The state disputed that the law’s restrictions violate First Amendment rights, arguing that the statute should be considered a reasonable restriction on commercial expressions to combat exploitation and consumer fraud.

Under the law, “targeted digital ads or emails, door hangers or hand-out brochures are prohibited if and only if they encourage a homeowner to file a roofing insurance claim,” the state’s attorneys wrote.

“Radio and television advertisements are allowed because they do not target ‘a specific person,'” they argued.

Under the new law, licensed contractors “shall not encourage, instruct or induce a consumer to contact a contractor or public adjuster for the purpose of making an insurance claim for roof damage through written or electronic means— nor is ‘unlicensed person’,” Walker wrote.

Personal, verbal communication of the message “does not appear to be against the law as written,” the judge noted.

“However, this law effectively prohibits this particular posting by contractors — licensed or unlicensed — in written or electronic form in the state of Florida,” he added.

Gale Force argued that the law cools its First Amendment rights because it forces the company to discontinue its written advertisements encouraging consumers to contact for the purpose of making an insurance claim for roof damage.

“Accordingly, the plaintiff engages in self-censorship by refraining from advertising that is demonstrably in violation of the new law,” Walker wrote, adding that the facts are enough to support a preliminary injunction to prevent the law from being passed. takes effect.

The state tried to bolster its argument that the new law advances the state’s interests by including an anecdote about “how a ‘direction-to-pay agreement’ left a homeowner with a ‘hollowed house’, work that was never done.” completed and a $100,000 lien.”

Instead of “banning protected speech, wouldn’t the legislator directly regulate agreements between homeowners and contractors or impose liability for incomplete execution?” he wrote in the 44-page order of Sunday, which lists other flaws in the state’s arguments.

In short, this court is not convinced that the challenged law directly advances any of the interests of the state. Instead, Defendant seems to suggest that because the law prohibits advertising that exists within the same universe as the alleged interests of the state, it directly promotes those interests. But the (US) Supreme Court has already rejected such a broad ruling,” he chided. “To summarize, Defendant has identified legitimate, substantial state interests. But none of those interests are directly implied by contractors advertising their roof repair services to homeowners and informing homeowners that they may have storm damage that may be covered by insurance.