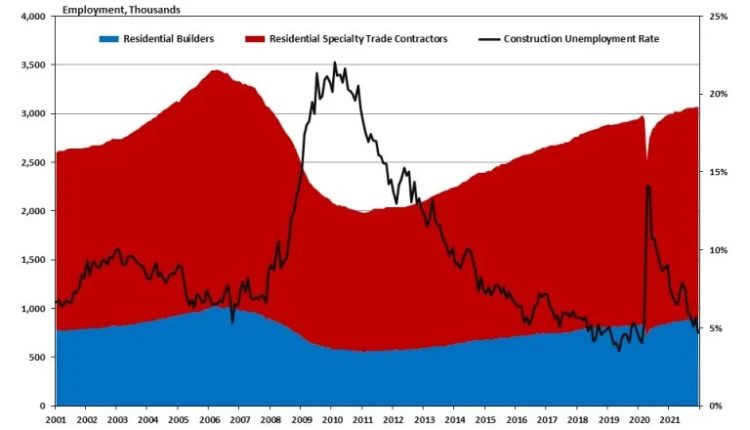 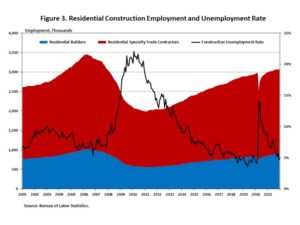 The six-month moving average of housing job growth was 4,783/month. Over the past 12 months, home builders and renovators have added 74,700 net jobs. Since its trough after the Great Recession, housing has gained 1,080,300 positions, according to the NAHB.

Total non-farm employment rose 199,000 in December, following a gain of 249,000 in November, as reported in the Employment Situation Summary. It is the smallest monthly gain since January 2021, according to the NAHB.

The employment rate – the proportion of the population looking for or already in employment – ​​was unchanged in December at 61.9%. According to the NAHB, this is the highest level since March 2020.

In December, the unemployment rate for construction workers fell by 1 percentage point to 4.7% seasonally. It is the lowest rate since February 2020, according to the NAHB. The unemployment rate for construction workers is falling, after reaching 14.1% in April 2020, due to the impact of the COVID-19 pandemic on housing demand.