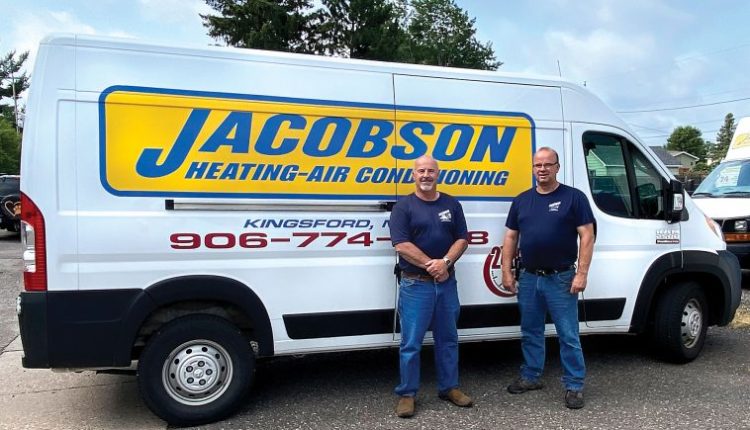 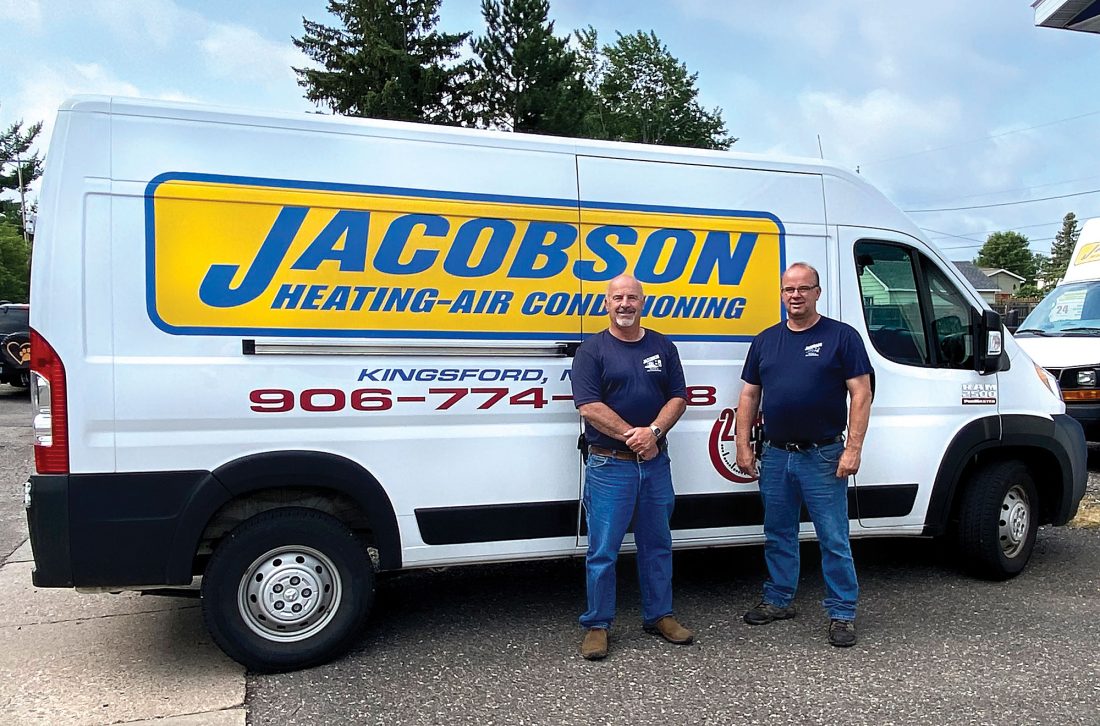 KINGSFORD — For 35 years, Jacobson Heating & Air Conditioning of Kingsford has built a solid reputation in the community.

Owner Gary Jacobson and his team pride themselves on their top-notch customer service.

The 13-time People’s Choice Award winner provides 24-hour service, 365 days a year, on all the equipment they sell.

“We have been successful in that: we take care of our people”, said Jacobson.

“We also make whole house generators for backup power”, said Jacobson. “That has been very popular this year.”

They are not “brand specific”, Jacobson said while they were looking for the best units available. “We want to avoid service visits”, he said.

The Daikin system they offer comes with a 12 year warranty while others are just 10 years.

Heating and cooling systems have evolved over time and are becoming more and more “high-tech,” said Jacobson.

In the past, all units were “general,” works in similar ways, but that’s no longer the case, he explained. Technicians should receive company training for each product, so that they can’t just intervene in every system.

“We used to maintain all the equipment, but I think that time is over for everyone”, he said.

Jacobson’s mainly does residential work and distances itself from large commercial projects. “Businesses are now set up anyway – you are commercial or residential”, said Jacobson.

“This also allows us to better control our quality.”

They also offer other services, including maintenance inspections and radon testing.

He emphasized that it is important to do your research before buying anything. “People have to look much harder at the company than at the costs”, he said.

Jacobson Heating and Air Conditioning operates within a radius of approximately 80 kilometers. They will also give free estimates, completed in a day or two.

The pandemic had little effect on their business because they “not missed a beat.” “At closing time, we bought ahead,” he said. “Steve (Jacobson) is doing a good job and keeping a good squad all winter.”

Jacobson became involved in heating and cooling after learning the trade in the trade building as a senior in high school. “It’s a great trade”, he said. “I wish they still offered it.”

After school, Frank Sikora offered him a job. Finally, after working in various places for a few years and moving back to the area, he opened his own company in 1986.

“When I started, it was easier to get employees,” he said. “Friends started helping and eventually became full-time employees.”

When his brother, Steve, returned to the area after his military service and attending Michigan Technological University, Jacobson convinced him to work with him. He now runs the service department.