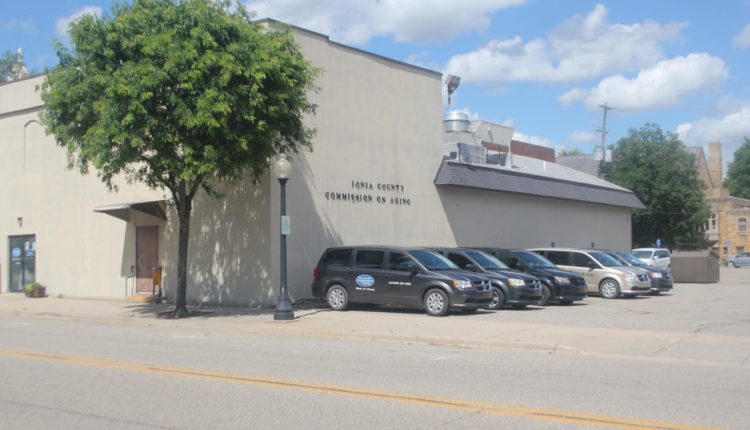 IONIA — HVAC system and roofing work has been added to the renovation project of the Ionia County Commission on Aging senior center.

The Ionia County Board of Commissioners voted 6-0 at its meeting Tuesday, June 8, to approve two Commission amendment orders for the Aging renovation project.

The renovation of COA’s senior center at 115 Hudson St. in Ionia now includes mechanical system upgrades and a roof replacement.

The roof project is in coordination with the completion of a roof assessment following a recommendation from Ionia County Facilities Manager Rod Steel.

The COA found that the HVAC system at the senior center was not code compliant, said director Carol Hanulcik. Vander Kodde Construction, the main contractor for the renovation project of the COA, received three offers for the HVAC work. The lowest bid came in at $88,022.

The company received two proposals, with the lowest bid totaling $63,466. Hanulcik noted that the project includes $4,000 in contingencies in case damage is found under the roof. The work on the roof will not take place until the autumn.

The COA board had a special meeting on June 1 to discuss the work and agreed to move forward with the mechanical upgrades and roof replacement, Hanulcik said.

“We wanted to make sure we were protecting the investment we were making,” she said.

The total cost of the project is now $122,422, which is less than the total original approved cost before the work was eliminated at 101 W. Main St., Hanulcik said.

“I know it’s a big investment, but I think it’s a great investment to put our money in and keep the building safe for at least the next 20 years,” she said.

Hanulcik also said the COA will receive an additional $30,000 this year from the Area Agency on Aging of Western Michigan, which can be used towards the cost of the mechanical upgrades.

With restrictions eased due to the COVID-19 pandemic, Hanulcik said COA is getting ready to reopen.

“We’re really excited to restart the project, make these really necessary upgrades, and get ready for a really grand reopening in late summer or early fall,” she said. “I really hope we can do that.”

The commissioners also agreed to create a new position for a Michigan Medicare/Medicaid Assistance Program (MMAP) part-time advisor at COA, and a lease with the Ionia Department of Parks and Recreation to use the Harper Park Pavilion. for the Walk With Easy program this summer.

Seagate to complete total remodel of condo on Sanibel