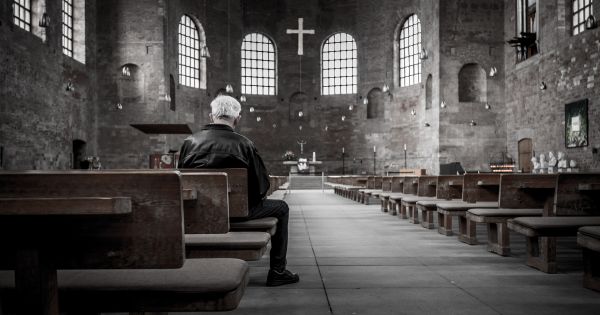 Buried on page 1,729 of the trillion dollar infrastructure bill, passed by the U.S. Senate on Aug. 10 in a bipartisan vote, is a project titled “Pilot Program for Energy Efficiency Materials.”

It would fund $50 million in grants to nonprofits, including religious congregations, so they can purchase new energy-efficient heating and cooling systems for their buildings. The program, which is administered by the Department of Energy, would provide grants of up to $200,000 each to nonprofit organizations looking to purchase new HVAC units and generators or fund replacement of windows and doors to make them more energy efficient.

The relatively minor item in the sizable infrastructure deal has been years in the making. It was spearheaded nearly a decade ago by the Orthodox Union Advocacy Center, a Jewish government body representing one of the largest Orthodox Jewish groups in the US, and supported by a coalition including the National Council of Churches, the National Association of Evangelicals. and the US YMCA.

“For synagogues, energy and utility costs can be the most expensive item in their budget, especially if they are understaffed,” said Nathan Diament, executive director of the Orthodox Union Advocacy Center.

This project, he said, would allow municipalities “to allocate more money to programs and services and less to utility bills, ultimately reducing their energy footprint.”

In 2012, the Orthodox Union collaborated with Sens. Amy Klobuchar and John Hoeven to push for the Nonprofit Energy Efficiency Act, which has since been reintroduced twice in Congress.

Given the overall size of the infrastructure bill, the project is small. If it awarded up to $200,000 each, it would help only 250 nonprofits.

There are an estimated 350,000 religious congregations in the US

Still, it’s an important measure, said Galen Carey, vice president of government relations for the National Association of Evangelicals, part of the coalition pushing for the program.

“Anything we can do to help energy efficiency in the non-profit sector will benefit climate change mitigation and the operational efficiency of non-profit organizations that play such an important role in our society,” Carey said.

The key features of the $1 trillion infrastructure measure passed by the Senate would largely pay for roads, bridges, rail and water systems. The bill now goes to the House of Representatives, where it may face a bumpy path. Some Democrats have suggested that the measure is not up to what they want.

Nonprofits have a much harder time accessing energy efficiency grants, which usually come in the form of tax credits. Since nonprofits don’t pay taxes, the tax credits aren’t helpful to them.

At the same time, many religious congregations have been putting off maintenance upgrades for years and paying high utility bills as a result.

“HVAC and building envelope improvements can reduce energy use by 20 to 30% and reduce CO2 emissions,” says Witchger.

Recently, his cooperative helped the Mount Lebanon Baptist Church, a historically black congregation in Washington, DC, replace a $30,000 HVAC system for which the congregation took out a 20-year loan.

Funds awarded through the pilot project grants would not pay for labor, only materials, Diament said.

He was “pretty optimistic” that the energy efficiency project would survive regardless of the changes the House makes to the bill. Assuming President Joe Biden signs the measure this fall, Diament said he hoped the Department of Energy would be able to award the first grants by 2022.