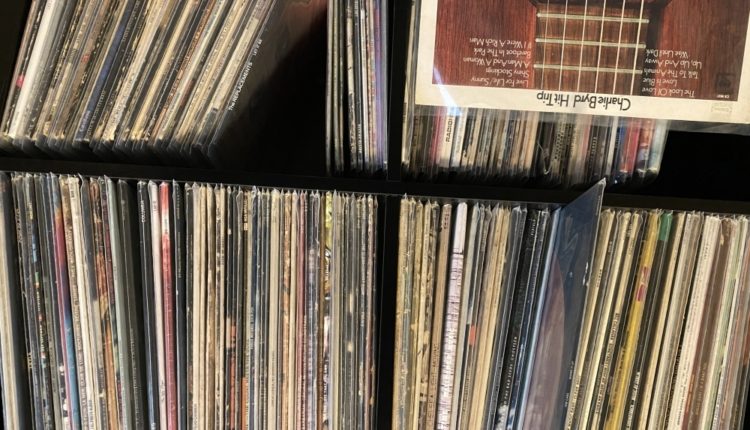 May and June prove to be commercially busy months for the city of San Marcos, as shown by the list of new businesses below. From the revival of a beloved local record store to new eateries, the businesses continue to open locally.

The dough, which opened on May 28, plans to hold its grand opening June 14 at the Red Bus Food Park at 801 Chestnut St., San Marcos. The store offers a wide variety of cookie dough and supplies to New Braunfels and the surrounding areas. Packs of cookie dough are available in flavors such as chocolate chips, birthday cake, fudge brownie, and many more. 806-702-4344. www.thedoughdo.com

fast signs opened June 3 at 209 N. Edward Gary St., San Marcos. The locally owned and independently operated franchise provides signage, graphics and visual communications to customers of all sizes and industries, whether they want to grab attention, share a message or sell a product. Fastsigns offers products ranging from point-of-sale materials and signage to exhibition stands and digital displays. 737-266-5077. www.fastsigns.com/2337

Hawaiian Bros opened a new location on June 8 at 1439 N. I-35, San Marcos. The chain restaurant offers traditional Hawaiian dishes, including Huli Huli Chicken, Luau Pig, pickled vegetables, and the Pacic Island Salad. It is the second physical location the company has opened in Texas, with the first in Kyle on May 11, 737-204-2628. www.hawaiianbros.com

Heating and air conditioning company air Jon Wayne Service Company held its official grand opening on June 3 at its newest location at 8920 N. I-35, New Braunfels. The location is just south of the border between New Braunfels and San Marcos. Due to its proximity to the city, the company now serves customers in San Marcos. The company also provides in-home services, including plumbing, electrical, window and smart home automation. 512-953-1070. www.jonwayne.com

Laura’s kitchen had its grand opening on May 17 at 1701 Ranch Rd. 12, San Marcos. The food truck uses family recipes passed down from several generations and sells tacos, soups, and entrees such as chalupas, enchiladas, and fajitas. Delivery is available and Laura’s also offers early bird and all day specials. 512-429-4452. www.laurastacos.com

Handmade boots and western clothing company Tecovas on May 21, a hybrid full-price and outlet pop-up store opened at the San Marcos Premium Outlets, 3939 I-35, Ste. 1355, San Marcos. The store is open through Labor Day, September 6, and sells a wide variety of boots, clothing, bags, and accessories. 512-931-1321. www.tecovas.com

A new location of King’s Floor at 2200 I-35, San Marcos, has postponed the opening until mid-July. The company has been in business since 1986 and installs various types of flooring including carpet, hardwood, tile, natural stone, laminate and vinyl. www.floorking.net

JAMS Music plans to reopen in mid-June at a new location at 118 S. LBJ St., San Marcos, according to a Facebook post. JAMS closed April 23 as their building was put on the market by the owner. Established in 2018, the shop sells musical instruments and equipment and also offers on-site repairs. www.jamsmusicsmtx.com