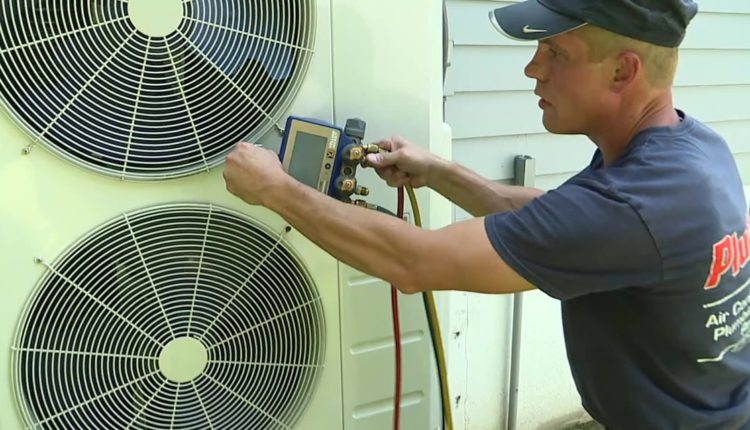 SHAVERTOWN, Dad. The heat is on in Northeastern and Central Pennsylvania this week, with temperatures reaching into the 90s.

Dave Lehman of Plum-Air in Shavertown knows it all too well. His crews are scattered throughout the area for service visits throughout the week. Most callers have one problem.

“No air conditioning. That’s our biggest call,” Lehman said. “It’s amazing. Because of the industry, you’d think winter would be when there’s no heat calls coming through, and people would be more urgent, but people don’t like to be warm.”

To make the fix, crews must first figure out what’s wrong.

A Plumb-Air technician gave Newswatch 16 a demonstration using the unit outside the company’s Shavertown offices and taking pressure and temperature readings.

“It could be something as simple as a clogged air filter, a leak in the refrigerant charge, a bad compressor, the age of the units,” Lehman said. “There are many older units in this area.”

If you want to avoid air-conditioning problems on a hot summer day and not have to call a mechanic to make repairs, Lehman said there’s only one thing you can do: have your air conditioner checked on a routine basis.

“Let it be arranged,” he said. “Just like your car. You need to change the oil in your car, have your air conditioning serviced.”

If you need repairs, Lehman said the company will do its best to get to you quickly. He said restoring air conditioning in the homes of older residents or for people with disabilities is a top priority.

“Every year you know what’s coming,” Lehman said. “Unfortunately I hate to say it, but sometimes I look forward to falling.”

Lehman understands it’s frustrating to lose your air conditioning, but he wants to make sure that cooler heads and houses prevail.