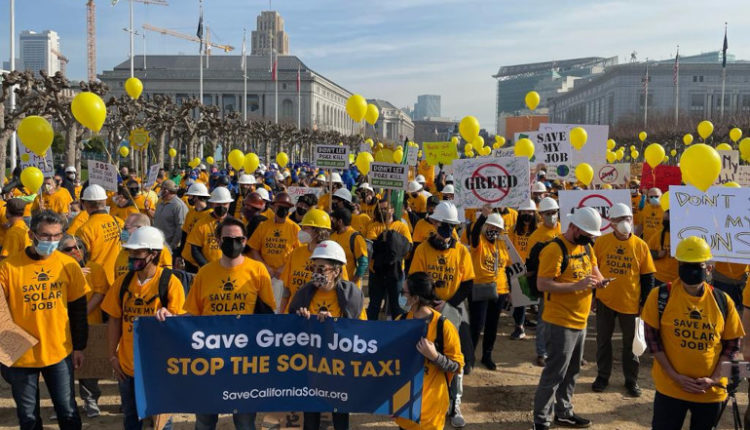 Hundreds of people took to the streets in Los Angeles and San Francisco today to appeal to California Governor Gavin Newsom to grow rooftop solar in the state. Ralliers are calling on Governor Newsom to order the California Public Utilities Commission (CPUC) to reconsider a preliminary decision taken in December that drastically cuts the state’s solar incentive program. 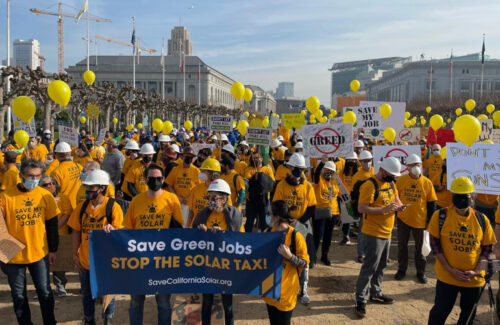 “We are in the midst of a climate emergency,” Wendlandt said. “The last thing we need to do is make rooftop solar more expensive.”

Under CPUC’s preliminary proposal, solar customers in California would be charged a new monthly flat rate averaging $57. That total would be the highest solar fine in the country. In other states where this type of tax was levied, the rate of new solar installations plummeted. For example, when Nevada imposed a similar fine, the solar adoption rate fell by 47%. When there was a better policy, the price went up again.

California regulators calculated that to achieve: 100% clean energy as required by state lawCalifornia will need at least 28 GW of customer installed solar power by 2045. That’s nearly three times as much solar on the roof as the state has installed as of 2022.

“Roof-top solar panels are California’s fastest route to cleaner air, healthier communities and less climate pollution,” Deehan said. “We need as many as we can get. More than ever, we need Governor Newsom to stand up and ensure California continues our radiant leadership as a rooftop solar state.”

The committee could hold a final vote on the future of grid metering on January 27, after a 30-day public comment period on the proposed decision. If this proposal is passed, the changes will take effect this spring.

Support for the rallies was shared via social media.

Gathering at the PUBLIC Utilities Commission to fix NEM3.0 and save solar jobs and a clean energy future@californiapucB@CalEnergyB pic.twitter.com/ZAX6IQaRX3

Our view from the Save Our Solar Jobs Rally today in San Francisco! #SaveSolar @CALSSA_org pic.twitter.com/9HdCYc7hUv