How to achieve the highest appraisal value for home solar projects 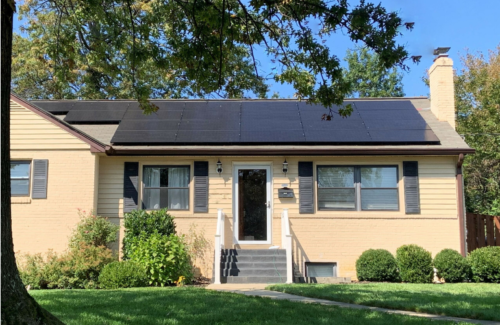 Private solar sellers regularly get this question: “If I install solar on my roof, will it add value to my home if I sell it?”

The seller probably quotes the Lawrence study from 2015 showing that rooftop solar adds $4 to $5 per watt to a home’s value. And if the homeowner goes online, they can find several other studies with similar findings.

But the studies miss an important point. AveragePV panels increase the value of a home. But Pearl Certification’s research indicates that thousands of homeowners aren’t really reaping the full value of adding rooftop solar to their homes.

Take the case of KT, a homeowner in Arizona. His appraiser didn’t value his rooftop solar during the refinancing — although one of his motivations for refinancing was to get the money to pay off his solar loan.

Then there’s Cait H., a Virginia homeowner, who refinanced her home in 2021 to pay for a new porch and other improvements. She was disappointed when the appraiser did not assign a value to the solar panels on the roof and then refused to adjust the amount, even when a second appraiser discovered significant flaws in the original appraisal. Cait eventually settled for a refinancing amount that was significantly lower than she’d hoped, leaving her with less money to fund the renovations.

Or Max P., an Arizona homeowner who spent $45,000 on solar panels and batteries on a fixer-upper. When he refinanced in early 2021, the appraiser did not assign a value to the renewables. When it was clear that the appraiser would not change this position, Max went to a second lender and got his home Pearl Certified to showcase the renewables. The new valuation came in at $30,000 over the first — a huge improvement. Still, Max thought the rating should have been higher.

“The appraiser apologized and said, ‘I don’t think I can give you as much as we probably both think the solar is worth because of the insurer’s assumptions and values ​​around solar,’” said Max.

Or a solar installer who admitted, “We’ve seen a few customers walk away from solar because their brokers tell them it doesn’t add value to their homes and wouldn’t be a worthy investment.”

These cases are not isolated incidents: they are indicators of a widespread problem. Over the past six months, Pearl has spoken with dozens of homeowners, real estate agents and appraisers across the US. Despite very different perspectives, they all see the same thing: a large proportion of the homeowners who should enjoy higher sales prices as a result of their PV installations do not see them.

Here’s why these values ​​aren’t being realized.

Right now all rooftop solar is not valued equally by the mortgage industry – depending on how they are financed, some systems are not valued at all. Fannie Mae and Freddie Mac determined that rooftop solar systems that are leased or subject to a power purchase agreement (PPA) are personal property and, by definition, cannot be valued in the valuation.

If a homeowner owns their solar panels, the lender treats them as real estate, that is, as part of the home — meaning they can be valued at the appraisal. However, if the system has been funded and the lender secured the loan with a UCC-1 application, the appraiser must view the system as personal property – meaning he can not are valued, at least as long as the pledge is in force.

If the panels are secured with a UCC-1, the homeowner has several options:

Rooftop solar companies should be careful about claiming that rented/PPA solar systems add value to the home and should work with lenders to develop solutions to address UCC-1 when the homeowner sells.

Even if solar panels can be valued as real estate, there are still many ways in which this value cannot be recognized.

Real estate agents and appraisers with experience in selling and valuing solar homes agree that the biggest challenge in valuing rooftop solar is a constant lack of information.

“Real estate can be intimidated by solar energy,” said Pamela Brookstein, project manager at the Chicago-based nonprofit Elevate, which training on selling solar and energy efficient homes to US brokers “They usually don’t know about it and have little time to learn.”

“Anything the homeowner does to provide the real estate agent with easy-to-understand information that shows the rooftop PV during the sale will make a huge difference to the owner’s chances of seeing value for the system,” Brookstein says. . “Unfortunately, this doesn’t happen with most sales, and there is very little information for buyers about the benefits of the panels on the roof of the house.”

If information is very important to the sale, it is absolutely essential to the valuation. And in most cases, the appraiser gets nothing.

“I can’t tell you how many times I ask for information and don’t get it,” said Maria Nucci, a New Jersey appraiser. “I recently interviewed a homeowner about a refi and asked if there was anything unusual about the property, and he didn’t even mention his solar panels. He didn’t know if he owned the system.”

Without at least some of this information, the appraiser is unlikely to assign any value to the home’s PV system. Nucci said last year that she appraised about 30 homes and was unable to provide a positive correction for a single one because she received almost no documentation.

When appraisers receive documentation, they are well positioned to recognize the value a solar system adds to a home. Rick Hiton, a Chicago-based appraiser who has appraised many high-performing solar homes, says he can almost always assign some value to a PV system and have the lender recognize it in the underwriting.

Pearl has dozens of documented cases of homeowners receiving a higher value for their PV systems when they sell. Their most important factor: providing both the broker and appraiser with high-quality documentation about their system.

In the words of Bill P, one of these many solar home owners, who showed Pearl certification material highlighting its solar panels during his screenings: “[The sale] went great – [we] went to market on a Wednesday, had a contract signed Saturday night, $25,000 more than asked.

Information to be provided to a broker and appraiser includes:

The appraisers interviewed above understand rooftop solar. They have been trained on the subject and they have invested the time and energy in assigning value the right way.

But they are — yet — not representative of most valuers.

The homeowners mentioned at the beginning of this article struggled with appraisers who didn’t value their solar panels—mainly because they had no understanding of solar energy and no knowledge of methods of valuing it.

Fortunately, high-quality training is available. The Taxation Institute offers: an excellent course on valuing solar energy and high-performing homes, and maintains a register of appraisers who have completed the course.

When a homeowner with rooftop solar sells or refinances, they should inform the lender that they have a solar home and request (in writing) an appraiser who has experience appraising solar homes. This will help ensure that their home is well valued and will increase the demand for appraiser training.

But even trained appraisers can run into obstacles in a mortgage system not yet designed to recognize solar energy. Residential appraisers typically compare the home to be appraised to comparable homes in the area, adjusting for differences such as the presence or absence of an extra bedroom, a swimming pool, etc. Ideally, the appraiser would like to compare a solar-powered home to the sale of other local solar homes.

But the fact that homeowners so rarely provide information about their systems means that information about other solar homes for sale is rare. Sometimes the listing does not indicate that the house had solar power. And if so, it usually doesn’t indicate the capacity or age of the system. The lack of data makes it nearly impossible for an appraiser to make the adjustments that allow an apples-to-apples comparison.

That is why appraisers often use a second method to estimate the value of solar panels on roofs. They look at the financial benefits to the homeowner over the lifetime of the panels (discounted to take into account that a benefit today is more valuable than a benefit later). Lenders may object to this method, but it is often used with success: appraisers such as Hiton report that their valuations based on this method are generally accepted.

But again, this method only works if the appraiser has the necessary data to calculate this value. If provided with master data, the appraiser can generate the discounted cash flows using a tool such as: PV value or Pearl’s forthcoming value calculator. Or they can offer their clients their own estimates, or a certification report like Pearl’s, which provides the information in a form that is easy for appraisers and agents to use.

Companies in the residential solar industry can be confident that their product can reliably add to a home’s value, but they must ensure that their customers automatically realize this benefit. They can provide their clients with the information they need when the property is sold or refinanced. And as an industry, they can support changes in the lending and valuation industry, such as support for education and clear, universally accepted methods that make it easier for solar homes to be accurately valued.

Until this happens, the rooftop solar promise will be completely unrealized for hundreds of thousands of solar homeowners in the U.S. 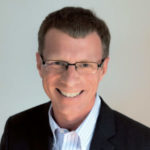 Robin LeBaron is co-founder and president of Pearl Certification. He leads national efforts to develop energy efficiency, real estate data and certification standards, and authored energy efficiency best practice guides for the U.S. Department of Energy and other stakeholders.