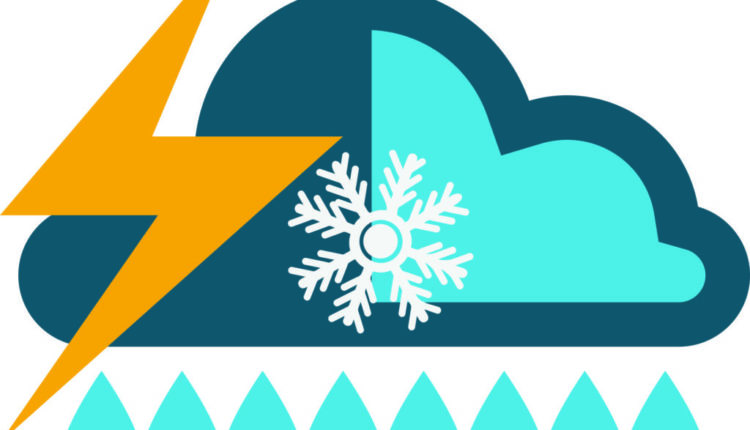 Catastrophic weather events and natural disasters have dotted this nation’s history throughout its founding; however, in the past decade the US has witnessed “100-year events” every two years as global temperatures rise. In 2020, in addition to the pandemic (a natural disaster in itself), there were 22 separate weather/climate events that cost more than $1 billion in damages each—combining for $95 billion in total damages in the year alone.

The flooring industry, of course, is not immune to the impacts of these natural disasters. FCNews rounded up several retailers to hear their survival stories. 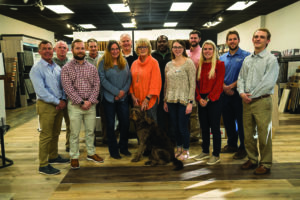 what happened: In March of 2021, a tornado devastated Newnan, Ga. While tornadoes are not uncommon in Georgia, what made this one so devastating was that it touched down right in the middle of a populated area, damaging over 1,500 homes.

Located just outside the wreckage, Chris Kemp, owner of Kemp’s Dalton West Flooring, has spent the year helping rebuild. “We were two or three miles from the track where there is nothing left,” he said. “We opened the next business day. I have a store about 14 miles away that was basically in a different state based on the weather.”

Though Kemp’s Dalton West Flooring escaped direct damage, it has many clients who weren’t so lucky. That’s when the community rallied together. “People forgot about the little things they were grumbling about in politics and the city and really pulled together. So many people were not affected that they were able to come to the aid of the others.”

The challenges of rebuilding: As anyone who survived a natural disaster can attest, dealing with claims can be tricky. For example, when an entire structure is swept away by a violent event, there is little for adjusters to contest—unlike in the aftermath of a hurricane where claims often face greater scrutiny. Adjusters often haggle over whether water damage sustained during a storm was caused by a leaky ceiling or street flooding—this can have a big impact on what the claimant will receive. “Due to the nature of this particular disaster, insurance companies have been fairly forthcoming,” Kemp explained. “It is hard to do half a house with hardwood, and most insurance companies are coming to the plate with that.”

The outcome: Now that the recovery is well under way, Kemp said he has seen an explosion of work. “It’s business, but it’s not pleasurable,” he shared.

what happened: John Shepard thought 2018’s Hurricane Michael was going to be a typical storm overhyped by the news. It wasn’t so. “They told us we needed to evacuate our place on the beach, so we went into town and stayed at the store,” Shepard recalled.

This ended up being a near fatal error as a last-minute shift in the storm’s track put it on a direct path for Shepard’s store. Thankfully, the Shepard family made it through the harrowing night. “We stayed in the bathroom because it was behind a brick wall, but as I drove around the next week, I saw downed brick walls all over the place.”

However, his inventory did not fare as well. According to Shepard, the warehouse’s bay door was “peeled up like a can of tuna fish” while the metal roof had a gaping gash exposing the showroom and stock to the elements. “It basically tore the store apart,” he said. “It took weeks to get the power back on.”

The response: In order to reopen, Shepard ran operations out of his home with samples in a trailer outside. As for his showroom, Shepard said, “We had to get a demolition crew to gut the entire facility just going back and forth to the dump. Everything was ruined—stock, displays, you name it. It took us about two years to get rebuilt on the inside. The sales counter I built just got finished.”

Over three years removed from the storm, Shepard has only now returned to some degree of normalcy—despite the pandemic. Insurance covered his lost inventory but he experienced frustrations with adjusters. He cautioned, “If you don’t have a good insurance company, you can be in trouble.”

While Shepard reported that many new companies—and workers—flocked to the region, feeding off the insurance money, he said there was a silver lining. Post destruction is just a feast. “Many workers came from out of town,” he said. “We don’t just give out jobs to anyone, but we tried some of them out and a few of them still work for us.” 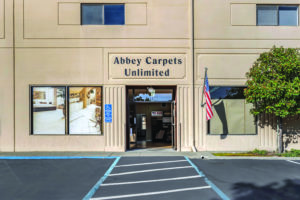 what happened: In California, historic wildfires have been capturing national attention with their apocalyptic imagery. While Janice Clifton, owner of Abbey Carpets Unlimited, is located in the relative safety of Napa, the surrounding valley has seen its share of fires, with the city getting the ensuing smoke. “If structures are in the fires they are gone,” she explained. “A couple of years ago we did a lot of insurance claims for smoke-related claims but in 2020 all the homes that got impacted were just gone.”

Picking up the pieces: Having been in business since 1985, Clifton said there has been a noticeable increase in the severity of fires over the past decade and welcoming new crews to help with rebuilding is essential. For companies like Abbey Carpets Unlimited that take a very personal approach, it is a tough process. Clifton said it is not the kind of work she wishes she had. “The hardest thing is hearing people say, ‘Oh, you must have a lot of business.’ But the business you are getting—well, they weren’t planning to remodel. People are just so devastated. You kind of go, ‘I’d rather not have any of this business, I’d rather have these people have their homes.’” 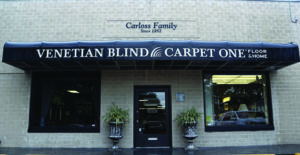 what happened: Last winter Houston was faced with a different type of weather emergency than expected: a rare deep freeze. What started as a weather anomaly became an all-out disaster when the Texas power grid completely failed the residents of the state, causing hundreds to lose their lives. Gary Touchton, general sales manager at Venetian Blind Carpet One Floor & Home, had to shut down for days due to rampant power outages and undrivable roads. This crisis, he said, demonstrated how so much of the economy relies on the built human environment in conjunction with the natural world. Worse, there were not enough apartments and homes to rent as there were so many people with unlivable homes.

The response: Having originally underestimated the effects of the freeze, Touchton jumped into action when he was eventually able to get the store back up and running. “Once we regained power and the roads thawed, we were able to get to the office and start assisting our customers with demolition of damaged, wet floors and start the bid process,” he recalled.

Unfortunately, Touchton said there were delays due to a shortage of insurance adjusters in relation to the sheer amount of claims. Some people had to wait six to eight weeks just to get someone out to look at their property. Despite this, he reported that most of the claims actually went fairly smooth.