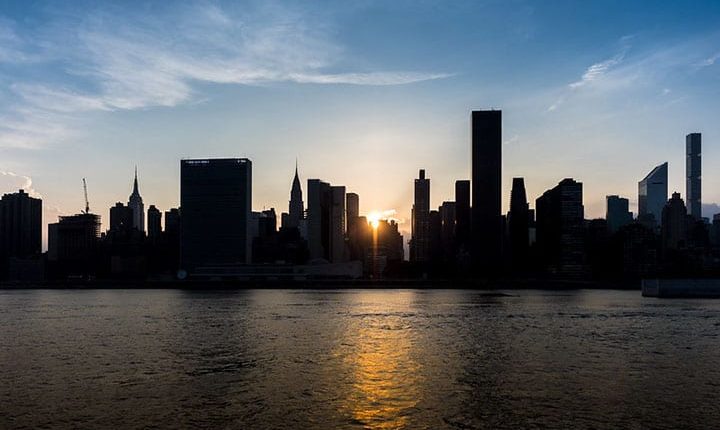 How Artificial Intelligence Is Improving the Energy Efficiency of Buildings

Buildings consume a lot of energy. In fact, the Alliance to Save Energy, a nonprofit energy efficiency organization, says buildings are responsible for about 40% of all U.S. energy consumption and a similar share of greenhouse gas emissions. Some estimates suggest that about 45% of the energy used in commercial buildings is consumed by heating, ventilation and air conditioning (HVAC) systems, of which 30% is often wasted.

Most energy companies today have energy efficiency programs that help customers identify waste and implement energy-saving measures, but there are also non-utility companies working on solutions. BrainBox AI from Montreal, Canada is one of them. It uses artificial intelligence (AI) to significantly reduce energy consumption in buildings.

“We have developed an autonomous artificial intelligence technology applicable to commercial buildings to meet their heating and cooling needs, which is typically the largest consumer of energy in a building, and to make it much more efficient and certainly more flexible . to the outside demands and the demands of the residents, ”said Sam Ramadori, president of BrainBox AI, as a guest on The POWER Podcast.

The company’s autonomous AI HVAC technology studies how a building works and analyzes the external factors that affect it. It identifies potential improvement opportunities and then acts to optimize the building’s system. It requires no human intervention and responds immediately to changes in the built environment to maintain the highest tenant comfort and energy efficiency at all times.

“What’s exciting is that you don’t have to imagine a room full of dozens of engineers managing and guarding these buildings. It really is the AI ​​that optimizes the building in real time without human intervention, ”said Ramadori.

Surprisingly, BrainBox technology does not require changes to the HVAC systems of most buildings. It easily connects to what’s already installed and uses existing sensors and data, along with third-party sources such as weather forecasts and occupancy information, to drive decision-making.

It’s easy to imagine how a building’s HVAC needs change over the course of the day. For example, east-facing offices need more cooling in earlier parts of the day when the sun comes up, while west-facing offices need more cooling later in the day when the sun is shining through the windows in the afternoon. The BrainBox technology takes such changes into account and adjusts dampers to keep each zone optimally heated or cooled. But it doesn’t stop there, the AI ​​is constantly learning and evolving.

Ramadori explained how changes in a building’s environment would also be picked up and accounted for by the technology. “What happens if across the street on the south side, there’s a parking lot now, and then in a year’s time they build a tower next to it? Well, what happens, that tower now casts shade on part of your building for part of the day. So suddenly the behavior of those rooms has changed, ”said Ramadori. “What’s exciting is that no one has to tell the AI ​​there’s a building that just went next door, it’ll just learn, ‘Hold on, those rooms that got warm in the afternoon, you know, for the bottom one half of my building doesn’t get that hot anymore. “It doesn’t know why, but it doesn’t matter. It just knows. It will learn again – of itself without a human having reprogrammed it – it will relearn the new behavior. that’s caused by that building built next door. “

In addition, engineers are continuing to incorporate even more intelligence into the system. “We’re adding more and more data to enrich the service and capabilities,” said Ramadori. For example, the company is adding pollution data to some systems and will include carbon intensity information in the near future.

“We typically reduce energy consumption in a building by 20 to 25% – so it’s a big reduction – and we do this without turning a screw, which makes it super exciting and powerful,” said Ramadori.

To hear the full interview, which includes a lot more about how cloud computing is being used and the countries where the technology has really taken off, listen to The POWER Podcast. Click on the SoundCloud player below to listen in your browser now or use the following links to go to the show page of your favorite podcast platform:

–Aaron Larson is the editor-in-chief of POWER (@AaronL_Power, @POWERmagazine).