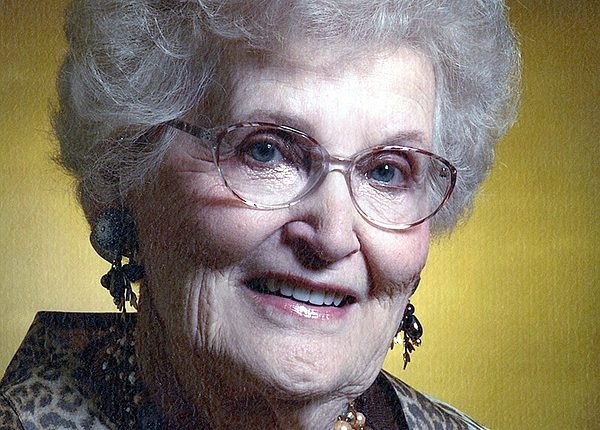 Gertie graduated from Norman High School in Norman, Ark. in 1943. She married Coy Parker on November 25, 1944. Gertie and Coy had two daughters, Sharon and Rebecca.

Gertie had many jobs over the course of her life, including working in the shipyard, operating the switchboard and selling Stanley stainless steel. She worked for the Hot Springs Plumbing and Hardware in 1944.

Coy was a plumber and started his own company in 1962, which became Parker Plumbing. Gertie worked in their office, doing books and answering the phone. She ordered all the parts and scheduled the calls. The company grew over the years, eventually employing four to six plumbers.

Gertie received her Master Plumbing License in 1975, becoming the first woman in Arkansas to earn her Master’s License.

Gertie married Lawrence (Larry) Watson in 1975. They continued to own and operate Parker Plumbing until she retired in 1995.

Gertie realized that she had a penchant for political life and volunteered in several elections and worked in election polls. She even went to Bill Clinton’s inauguration and one of the balls in Washington, DC. In 2007 she became a Justice of the Peace and served in that capacity until December 2010.

Her favorite occupation was working in her garden, and you would see her there working evenings and weekends. She had the most beautiful garden and flowers and won Garden of the Month more than once.

The family would like to thank Kindred Hospice and all its caregivers. Thank you for taking good care of her and for loving her.