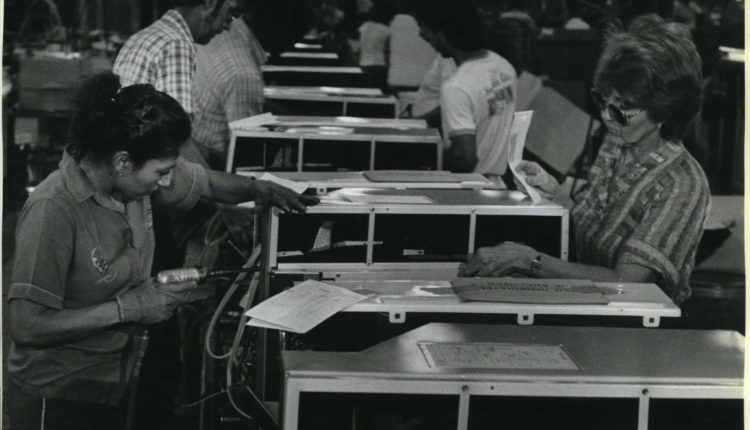 A legendary manufacturer from San Antonio gets a new owner.

Friedrich Air Conditioning — launched here in the early 1880s as a cabinet maker before becoming an air conditioning manufacturer — said Wednesday it will be acquired by HVAC giant Rheem.

When the acquisition is complete, Friedrich will operate under the same leadership but within Rheem’s Global Air Division, Friedrich said in a statement.

The manufacturer’s headquarters will remain at Reunion Place near San Antonio International Airport. It manufactures its air conditioning systems in Monterrey, Mexico.

Rheem officials did not respond to a request for comment on Wednesday.

Rheem, which is owned by the Japanese conglomerate Paloma Group, manufactures HVAC and refrigeration equipment, boilers and water heaters.

“Our companies complement each other in many ways, with our long traditions in the HVAC market, strong customer focus, and similar corporate cultures and values,” said Friedrich CEO Chuck Campbell in a statement. “By joining Rheem, we can increase that customer focus and accelerate the development of more innovative products.”

On ExpressNews.com: Friedrich Air Conditioning stays close to its roots through multiple reinventions

Ed Friedrich started his company in 1883 building billiard tables and cabinets. Much of his early furnishings adorned the Buckhorn Saloon, the watering hole his brother Albert opened in 1881.

Friedrich later tried to find a way to preserve food and developed a refrigeration system using ice as a coolant. He switched to mechanical cooling. By 1950, the company was one of the world’s largest manufacturers of commercial refrigerators.

In 1952 Friedrich expanded his production with window air conditioners.

At its peak, the San Antonio company employed about 1,200 people.

But Friedrich has had a hard time in recent decades.

In the 2000s, international manufacturers, producing air conditioners with cheaper labor in countries like China, began to put pressure on Friedrich’s business. In late 2007, Friedrich said that pressure from competitors forced the company to close its last plant in the US and lay off 263 workers in San Antonio.

“The costs were simply too high. We’ve been doing this for five to ten years. We did everything we could do,” said a marketing services manager from Friedrich in 2007.

The company moved all of its production to Monterrey.

An industrial complex formerly occupied by Friedrich on East Commerce Street still bears a red “Friedrich Refrigerators” sign. But the site has been largely empty since 1990, when Friedrich stopped making refrigerators so he could focus solely on AC units.

That year, Friedrich fired 74 workers at the complex. Developers have made several attempts to redevelop the property over the past three decades.

In June, San Antonio Housing Trust Public Facility Corp. tax relief good for the redevelopment of the Friedrich complex. Opponents of the deal with Dallas-based Provident Realty Advisors say the project would not provide enough affordable housing in the East Side neighborhood.

Friedrich Air Conditioning still employed 120 employees in San Antonio in 2017. The company did not respond to a request for comment or questions about the size of its current local workforce.