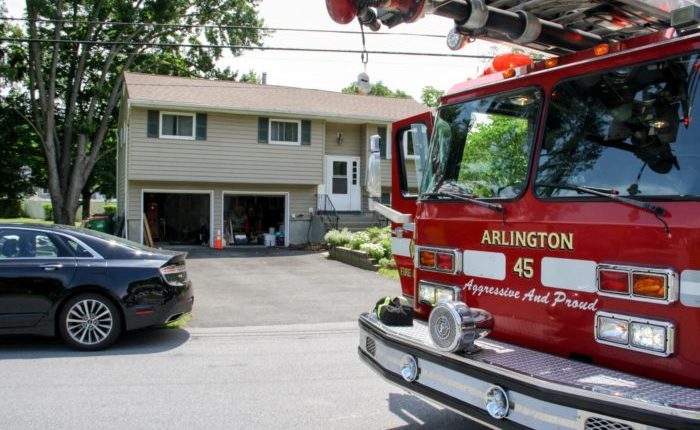 CITY OF POUGHKEEPSIE – A fire in a wall of an inhabited home was unable to spread Friday morning due to the rapid response of the Arlington Fire Department.

The fire at 12 Stuart Drive was reported at 11:55 AM and firefighters arrived two minutes later.

Authorities said the fire, believed to have been caused by a contractor soldering pipes into the wall, was quickly extinguished by first responders.

A civilian was treated by Mobile Life medics for a hand burn.

The real cause of the small fire is under investigation, the fire service said. Poughkeepsie Police also assisted on the scene.