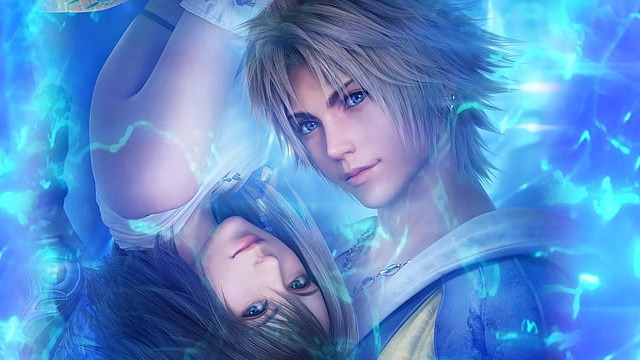 An interview with Famitsu revealed more details about the development of Final Fantasy X. The interview features commentary from key contributors such as Tetsuya Nomura, Motomu Toriyama, Yoshinori Kitase and Kazushige Nojima. In addition, the interview detailed original character concepts and the real world inspiration for Spira. [Thanks, Famitsu!]

First, the interview discussed real world inspiration for Spira in Final Fantasy X. Kazushige Nojima, who served as screenwriter for the game, revealed that a trip to Okinawa inspired him. He also said that the original concept for Tidus was that of a plumber. This originally served as a reason for characters to get in and under water. This was later dropped in favor of turning the character into an athlete to set him apart from others Final Fantasy main characters.

Tetsuya Nomura, who was the character designer for this entry in the series, revealed that the overalls Tidus wears were originally part of his original design as a plumber. However, his outfit was modified for a more athletic look.

The Final Fantasy X interview also revealed that Auron was originally intended to remain silent. However, due to his role as “guardian” of both Yuna and Tidus, he was given more spoken lines. In addition, Nomura said that Auron’s age was not determined until later and that it is common in the development process for character ages to change. Nojima also acknowledged that if he had been a father twenty years ago, Jecht’s writing style might have been different.

In addition, Nojima said he read cryptography books while developing Final Fantasy X, which inspired the Al Bhed language. He also said that the version of the language included in the game is a simpler version of what he initially envisioned. And of course Motomu Toriyama said that the possibility of Final Fantasy X-3 appear is not completely crossed out.