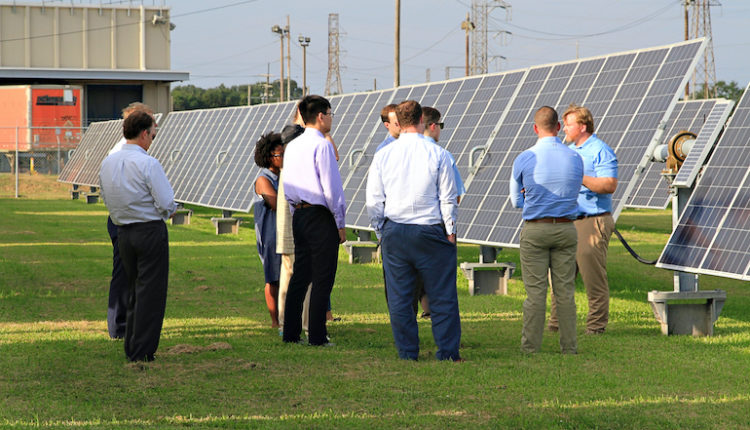 Entergy Mississippi has announced it is making its largest-ever commitment to renewables by replacing some aging natural gas plants with 1,000 MW of renewable energy, such as solar, over the next five years. Called EDGE for “Green Energy Economic Development,” the strategy is twofold: to give Mississippi an edge in the recruiting industry while providing Entergy customers with an effective hedge against volatile natural gas prices.

“The EDGE plan will deliver significant benefits to the customers and communities we serve,” said Haley Fisackerly, president and CEO of Entergy Mississippi. “Having a significant amount of renewable energy is just as important to large companies as a state’s tax and incentive structure, location availability, and workforce.

Communities will also see the benefits of new construction jobs and new tax revenues from the fact that these renewable power plants are all built locally.

“Entergy’s EDGE plan will help Mississippi in its efforts to become energy independent and expand the already wide range of energy options available to customers,” said Governor Tate Reeves. “Entergy’s new energy generation plan will put Mississippi in an even better position to create jobs and contribute to our state’s economic growth.”

“It’s clear that economic development across the country is accelerating by the day toward states that harness and develop clean, renewable energy,” said Northern District Commissioner Brandon Presley. “The fact is, we cannot expect to compete in the modern economy without a strategy to provide businesses with clean, renewable energy. I applaud Entergy’s efforts to develop this major project and look forward to the successes it will bring.”

Entergy Mississippi will begin submitting proposals for multiple sustainable projects in early 2022. The company would then bring the final plans to the Mississippi Public Service Commission for review and possible approval later in the year.

Entergy Mississippi is already replacing some of the energy produced by recently retired natural gas plants with renewable energy. The company’s partner, Recurrent Energy, broke ground in August on a 100-megawatt solar facility in Sunflower County, which will power approximately 16,000 homes next year.