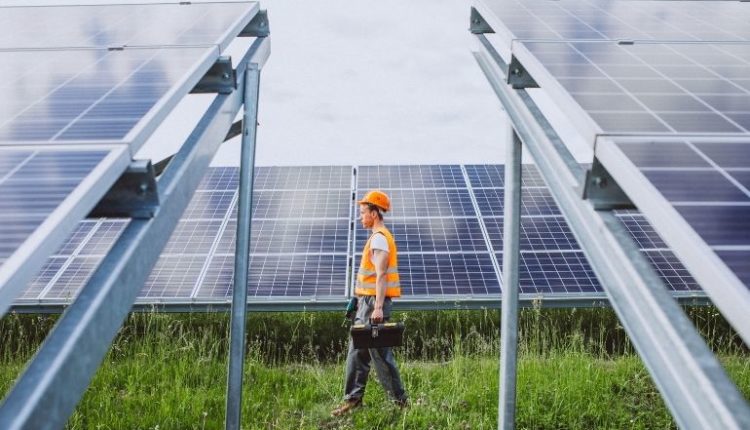 The United States Department of Energy (DOE) today announced a new National Community Solar Partnership (NCSP) goal to enable community solar systems to power the equivalent of five million homes by 2025 and save $1. billion in energy bills. Achieving these milestones will help meet the Biden-Harris administration’s goals of achieving 100% clean electricity by 2035 and ensuring that all Americans can reap the benefits of renewable energy while building community wealth and resilience.

“Community solar is one of the most powerful tools we have to provide affordable solar energy to all American households, whether they have a house or roof that can accommodate solar panels,” Sec said. Jennifer M. Granholm. “Achieving these ambitious goals will lead to meaningful energy cost savings, create jobs in these communities and make our clean energy transition more equitable.”

Enough solar power is installed in the US today to power 600,000 homes — meeting DOE’s new NSCP target would mean an increase of more than 700% over the next four years. The recently released “Research into solar future” from DOE and the National Renewable Energy Laboratory shows how solar energy can play a major role in a low-carbon grid.

“Today’s announcement from Secretary Granholm demonstrates the overwhelming support that is building for the role community solar should play in transforming and strengthening our energy grid while expanding access to solar energy for all,” said Jeff Cramer, executive director of Coalition for Community Solar Access, in a statement. “We know that customers want distributed solar and that local solar brings significant benefits to society and the grid, but we need strong policies and targets to deliver those benefits. DOE’s target of 26 GW in 2025 equates to the accelerated growth our research believes is needed for the community solar industry to meet our climate goals at the lowest cost.Congress and state policymakers should listen to the DOE and do their part to drive solar growth. accelerate energy in the community so we can build a clean, cost-effective power grid that works for all Americans.

The NCSP is a DOE initiative led by the Solar Energy Technologies Office, in conjunction with the NREL and the Lawrence Berkeley National Laboratory. The partnership includes a coalition of community solar stakeholders such as state, local and tribal governments, solar developers and community organizations working to expand access to affordable solar energy for the community for every American household. Partners are leveraging peer networks, as well as funding and technical assistance resources to overcome the intractable barriers to expanding community access to solar, with a focus on those in underserved communities. As of September 2021, NCSP had more than 650 members from more than 440 partner organizations.

The ‘Sharing the sun’ report released by NREL in collaboration with NCSP shows that solar energy in the community can lead to significant savings on the bill – from 5 to 25%. A $1 billion cost savings would mean that community solar projects would save an average of 20% on the bill. This goal, along with other potential solutions for equitable deployment of solar in the community, was informed by NCSP stakeholders in a recent request for information.

To achieve these new goals, DOE offers: free, on-demand technical assistance until Members of the NCSP Partnership. Technical Assistance provides in-person support to organizations deploying community solar to help them accelerate implementation, improve the performance of their program or project, and build capacity for future community solar development. NCSP has already distributed $1 million for technical assistance and hopes to provide $2 million next year.