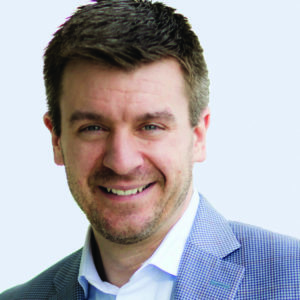 If you’re looking for a great example of how to deliver a memorable customer experience, look no further than Southwest Airlines. When you get to the check-in counter, the employees are laughing, they’re high-fiving each other and the customers are usually happy. That’s not something you see at some of the other major airlines.

How does that happen? It’s a deliberate choice they’ve made. My favorite thing about Southwest is that when you’re on a Southwest flight and one of the flight attendants tells a joke, it’s usually pretty good. The jokes are funny because their people are funny. It feels comfortable and comes naturally to them because it’s part of their culture. Other airlines really can’t pull that off because it’s not in their DNA.

Another great example is Chick-fil-A. Do you think it’s possible in the marketplace of quick-serve restaurants to win on being the best chicken out there? Probably not. Don’t get me wrong—it’s pretty darn good chicken. But the way they really win with their customers is by embracing a model of servant leadership from the top down. It’s a philosophy that’s reflected throughout the organization. Chick-fil-A franchise owners say it’s a great organization to buy into because they have found a way to stand for something that’s different in a commodity market.

Role of the RSA

Statistics show that across all major home purchases, two-thirds of all buyers say the sales associate they dealt with either had “some impact,” a “major impact” or was the “deciding factor” in what they decided to purchase. So, for all the talk of digital being the driver of how customers are going to make their selections and such, selection doesn’t usually happen until they’ve talked to a salesperson or they’ve seen some sort of physical sample.

At the end of the day, it’s usually the combination of those things. Digital enables humans to deliver a great experience; it is a complement to the human element. It’s nearly impossible to take the human element out of any industry, much less the flooring industry. Think of the human element as the empathetic part of the journey. There’s the, ‘What is the experience like when talking to a designer, installer or contractor?’ Whether you’re a manufacturer, supplier or a distributor, make sure the people downstream from you are set up to deliver a better experience. If you can equip them to deliver a better experience, you are going to stand out. Remember, your products are not enough.

But that doesn’t mean the relationship aspect is all you need to be successful. Relationships are not enough because they’re not scalable. I often tell business owners you’re only as good as your next sales rep who retires. We’re all aware that filling that pipeline with young, hungry people is not easy in this environment. Instead, focus on building other things to scale around, like the experience. That’s the best way for you to compete.

Regardless of your approach, focus on identifying your strength—the thing that you strive to stand for. What do you want to be your hallmark? What is your secret sauce as it relates to your experience? What do you do that’s better than anybody else?

Thinking about these things is critical; writing them down is even more so. Write them down and communicate the messaging with your team and across your channels. If it’s not ingrained as part of your corporate personality trait, you’re not going to beat the competition.

Chris Wallace is the president and co-founder of InnerView, a marketing consulting firm that helps companies transfer their brand messages to their customer-facing employees and partners.

What it means for the solar supply chain