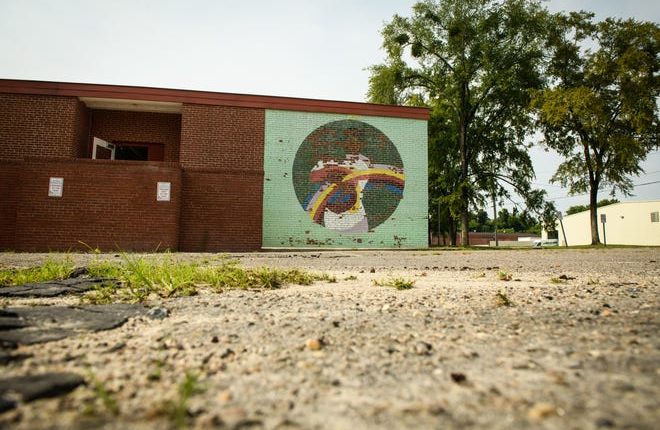 A majority of schools in Cumberland County are old and outdated, but resources for repairs are limited, said Joe Desormeaux, the associate superintendent of the school system’s support services.

“It had problems with the foundation under one wing. It was sinking,” he said.

TC Berrien Elementary School, built in 1951, also had indoor air quality problems, Desormeaux said. He said the school board’s committee had made the decision not to repair the building because the costs exceeded the amount they were willing to spend on a school in that state. Part of the primary school is still in good condition and will be used as temporary office space for virtual staff, he said.

Desormeaux said the school system plans to work with the North Carolina State Board of Education and Cumberland County’s Board of Commissioners to develop a new five-year capital improvement and annual improvement plan.

School board vice chairman Gregg West, who has been on the board since 2002, said the district receives about $500 million a year.

“Our funding comes from many different places,” West said. “90% of our $500 million budget is for salaries and people.”

“If you look at industry standards, we should probably spend $82 million a year on renovations and repairs over the lifecycle,” Desormeaux said.

Desormeaux said the district has spent an average of $8 million a year on school renovations and repairs for the past three years. The money comes from the provincial sales tax, he said.

“Each school has had a different construction over the years,” he says. “It has been quite a few years since a new school has been built or a space has been added.”

A majority of school renovations in the district were HVAC repairs, roof replacements, window repairs or door repairs, he said.

“Sometimes we (HVAC systems) can fix the same day or sometimes it takes two or three days to fix,” Desormeaux said.

If HVAC repairs take longer than a few days, fans or heaters will be provided to the school, he said.

“Since COVID-19, we have begun air quality surveys in our older buildings to determine where we can make improvements,” West said.

There are 89 schools and over 50,000 students in the district. While there is ample facility space to teach all students, some schools have a higher number of students than others.

Lake: This is how Cumberland County Schools ensures that seniors graduate on time

Desormeaux said there is enough classroom space for every student in the district.

The Cumberland County School System plans to re-evaluate the student allocation plan to move some of the students from overcrowded schools to schools with underenrolment, Desormeaux said.

A majority of the schools in the district are older than 50 years. Built in 1897, Seventy-First Classical Middle School is the oldest school in the district, he said. The newest

“Most schools in Cumberland County are old and outdated and they need to be repaired or updated, but there isn’t enough money to take care of that,” Desormeaux said. “The county has to make a tough decision because they only have so much money.”

“Yes, we need more money to keep our buildings current,” West said. “They are getting older and it costs more money to maintain older facilities.”

In 1978, Congress banned the use of lead-based paints, and as part of the Safe Drinking Water Act in 1986, Congress banned the use of pipes, solders or fluxes containing lead, Desormeaux said. All schools built after 1978 or 1986 may contain lead, but lead only affects the health of children ages 6 and younger, he said. There are 52 primary schools in the district where 6-year-olds attend classes.

“We’ve only had one school with elevated lead in the water,” he said. “It was one faucet in the kitchen, and that’s it.”

“A plan has been submitted to the health department, they’ve approved it, and we’re going to replace (the faucet), and it hasn’t been used since it was identified,” Desormeaux said.

If paint at a school starts to flake off, the health department tests for lead in the paint, and if lead is found, the district will go in and encapsulate the lead paint, he said.

Health and education writer Ariana-Jasmine Castrellon can be reached at acastrellon@gannett.com or 910-486-3561.

Support local journalism with a subscription to The Fayetteville Observer. Click the “subscribe” link at the top of this article.