CS Energy has won three large-scale solar projects from the New York State Energy Research and Development Agency (NYSERDA) as part of its fifth annual Renewable Energy Standard application for proposals† As proposed, and once operational, these projects would generate 270 MW. yieldAC/365 MWDC of new renewable energy generation capacity to the state. Construction is scheduled to begin in 2025 and be completed in 2026. 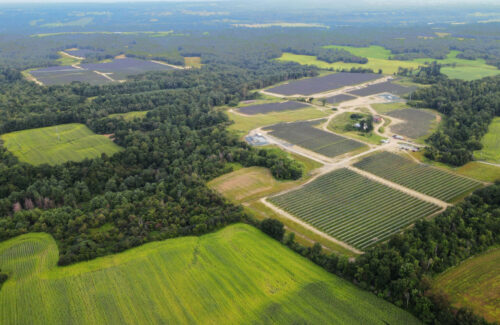 A 27 MW project from CS Energy

Doreen M. Harris, President and CEO of NYSERDA said, “With the help of partners like CS Energy, New York is growing a pipeline of more than 120 large-scale renewable projects that bring us closer to achieving our climate and clean energy goals. while providing cleaner air, new green jobs and local tax revenue to communities across the state.These newly awarded projects are another example of CS Energy’s continued commitment to invest in New York and build on its successful completion of Branscomb Solar – the first large-scale solar project outside of Long Island – and more such projects that will power clean ones before the end of the year.”

The three projects, which have been selected from more than 50 bidding facilities, are part of a competitive procurement portfolio of 22 projects. Each of the CS Energy projects listed below will deploy single-axis tracking technology and bifacial solar panels:

At 216 MW, CS Energy’s largest project is located less than 10 miles (16 km) from the Cayuga coal-fired power plant, which was retired in 2019. The proximity of the new project demonstrates the important role solar energy plays in making the power grid more environmentally friendly and boosting local economies.