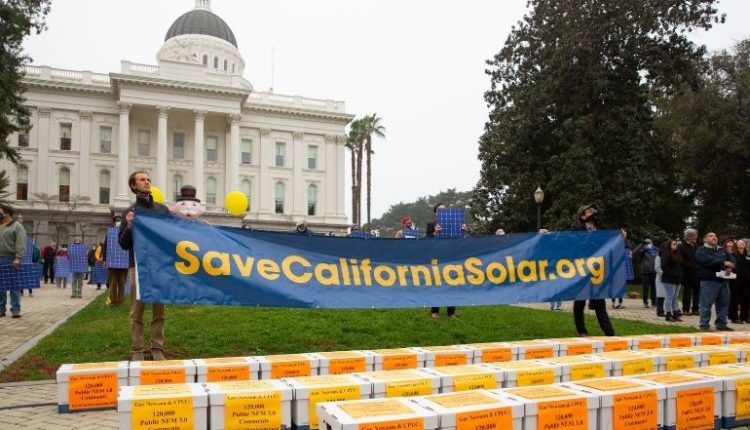 The California Public Utilities Commission (CPUC) decided to indefinitely delay its decision on net-metering changes, according to SEIA.

“The proposed decision never made sense for a host of reasons. It would have compromised the reliability of California’s electricity delivery system, harmed California’s effort to tackle climate change and cut jobs and economic opportunities for all Californians. The increased costs and loss of demand for solar also would have made solar less accessible to moderate- and low-income families. We look forward to continuing to work with the California Public Utilities Commission as it considers any changes to net metering,” said Sean Gallagher, VP of state and regulatory affairs at SEIA, in a statement.

“Our analysis for the two largest utilities – Pacific Gas & Electric and Southern California Edison – reveals payback periods for typical residential solar projects built this year will increase from five to six years under current net metering to 14-15 years, depending on the utility said Bryan White, research analyst and co-author of the report.

“We are glad to hear that the commission is working to get this proposal right,” said Environment California’s state director Laura Deehan. “I’ve walked alongside thousands of concerned citizens who want our state to catch more solar energy from our rooftops. Governor Newsom heard us, and made clear that changes had to be made to the proposal. Now, the commission needs to make sure that California continues its solar leadership.”

How to successfully live together, work together