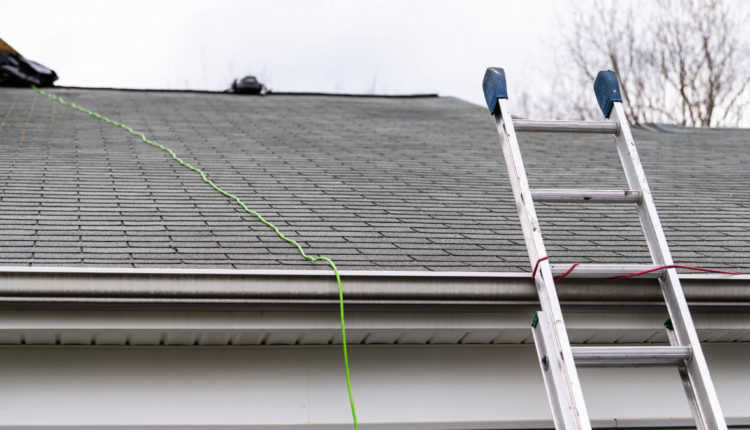 Autumn Knepper and Adam Marsh, a couple from Vancouver, Washington, say they are being sued for $112,000 over a pair of one-star ratings they left with a local roofing company.

The saga started when the couple’s roof started leaking a few months ago. According to KGW, their landlord had Executive Roof Services (ERS) perform an inspection, with the visiting employee concluding that there were a few things that needed to be fixed.

“I asked him for a timeline on when this could be finished. He said to call the office the next day,” Knepper told the NBC affiliate.

She said she called and got a receptionist who was rude during their exchange. “She refused to give me any information. She told me to get it from the landlord. I asked to speak to the manager and she laughed at me. She told me that I was verbally abusing her and that she was the office manager. She hung up,” Knepper added.

Marsh said he had a similar experience with the same person. “She was just super rude, told me she was an office manager and there was no one else I could talk to and hung up,” said Marsh.

Knepper and Marsh both gave one-star reviews on Google. Marsh also filed a complaint with the Better Business Bureau, though that complaint was never filed because the two weren’t technically customers of ERS, as the landlord was the one who hired the company.

ERS currently has an A+ rating with the BBB.

Knepper claimed that the owner of the company contacted them, saying “he had… [a] forensic man and that he would gladly spend a hundred thousand dollars to file a lawsuit [them].”

She said the owner texted her saying the review should be removed before “more damage is done.” Knepper then called a police officer, who reportedly told the owner not to contact the couple again.

The couple then received letters from a law firm demanding that their reviews be removed. The couple did not and they say they are now being charged with defamation and willful interference with business expectations.

An attorney representing the company said the lawsuit isn’t just because of the bad reviews, but rather (according to his argument) trying to use the reviews to acquire something they weren’t authorized to receive. The lawyer claimed it was because they were not entitled to the information they requested (a timeline and report on the roof repair) since their landlord hired ERS.

Another attorney, this one with Washington, DC-based… Public Civil Dispute Group, told KGW he thinks this is an example of a SLAPP lawsuit, a “strategic lawsuit against public participation” that silences critics by forcing them to spend money they don’t have to fight a lawsuit .

“I think the company has a lot to lose by going to court, trying to label this as a defamation case. The problem is that the company has the money and the couple doesn’t,” said attorney Paul Levy, who thinks the couple can win in court.

The roofing company’s attorney denied the SLAPP claim. “That’s not what a SLAPP lawsuit is, a SLAPP is a motion. This is a lawsuit. The lawsuit is claiming defamation and intentional interference with business expectations,” they said.

“I just don’t want my future to be completely destroyed by something so small. This is clearly a man who is well off and can afford to do this, and I can’t afford to fight it. And I think he knows that,” Knepper said.

The roof was eventually repaired by another company.

How to get renters insurance