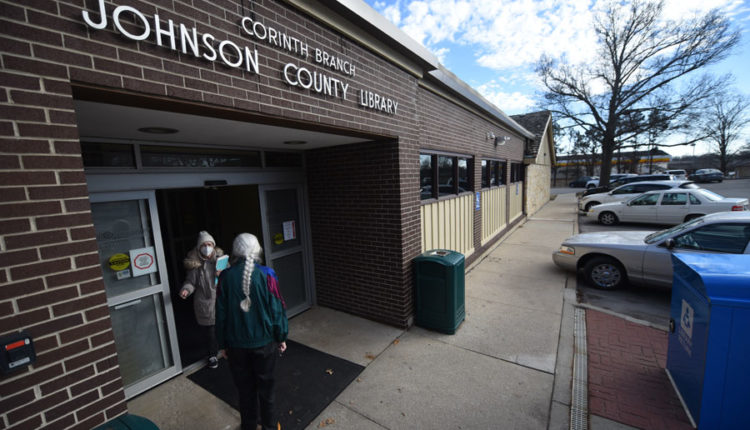 Corinth Library was temporarily closed due to roof replacement work, and the branch is expected to close again in July for electrical maintenance work.

But Johnson County Library officials say the work now doesn’t mean the long-term plan to completely replace the Corinth branch is off the table.

Plans to permanently replace or possibly relocate the aging facility in Corinth are expected to continue in the coming years.

The comprehensive library master plan, a 20-year plan approved in 2015, identified Corinth as a branch that needed to be replaced.

But she said the library is still looking at several approaches to permanently replace the Corinth branch, including possible relocation to the Harmon Park neighborhood as part of a future municipal center complex.

“One option we are exploring is a partnership with the City of Prairie Village, and that work was suspended in 2020,” Hunt said in an email to the Shawnee Mission Post. “We keep the [current] Corinth Library with a view to a new building in the future.”

The roofing had to be done because of leaks, Hunt said. Electricity works, meanwhile, were set to begin the week of June 14, but supply chain disruptions have pushed that back to July at the earliest, she said.

As for the future of the civic center discussion, Prairie Village City Administrator Wes Jordan said the talk is on hold for now.

Although the project was discussed as part of the city’s 2022 budget discussion, Jordan said the council did not vote to fund the next phase, which includes public input and site design.

The pre-design study would include opportunities for public input, she said, and the actual replacement project is expected to begin in 2026.