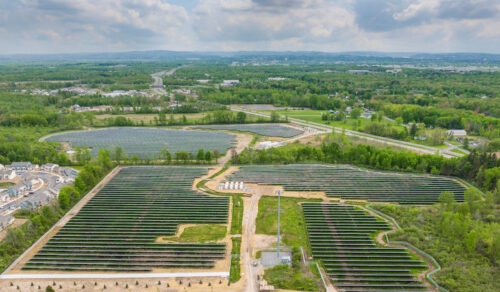 An example of a utility-scale solar + storage system owned and operated by Convergent Energy + Power.

Convergent Energy + Power announced that its Puerto Rico subsidiary has entered into an energy purchase and operation agreement with the Puerto Rico Electric Power Authority (PREPA) for a 100 MW solar project combined with a 55 MW battery in Coamo, Puerto Rico, a city in the south-central region of the island. The solar and storage system will be owned and operated by Convergent’s Puerto Rico subsidiary, Convergent Coamo. If customary conditions are met, the system is currently expected to go online in 2024 and is part of a larger plan to accelerate Puerto Rico’s strategic transition to clean energy.

Convergent’s large-scale solar-plus-storage system is one of the first to be awarded by PREPA in response to its request for multiple tranches to upgrade Puerto Rico’s electrical grid. Convergent is partnering with PREPA and will work closely with local stakeholders to increase the reliability of electricity for Puerto Ricans while supporting the Commonwealth’s renewable energy goals.

“Puerto Rico has commendable renewable energy targets and is taking concrete steps to achieve them. Convergent Energy + Power is poised to help Puerto Rico deploy more solar energy and accelerate the transition to clean energy,” said Johannes Rittershausen, CEO of Convergent. “We are excited to bring cleaner, more reliable energy to Puerto Rico with the help of our local partner Ashford Renewable and PREPA.”

Canadian suppliers in a league of their own