Convalt Energy announced last year that it was setting up a solar panel assembly plant in New York State that would use the old production lines of the decommissioned SolarWorld facility in Oregon. That vintage solar production equipment closes out 2022 and is still in storage, but things are progressing ahead Convalt Energyand CEO Hari Achuthan now says panel production should begin in July 2023 at the plant in New York’s Watertown. 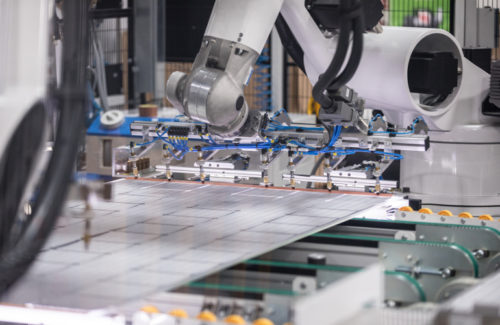 The company is so confident in the future of U.S. solar production that it also has plans for a 4-GW ingot, wafer and solar cell. production location nearby. Achuthan told Solar Energy World that this was the original business path Convalt charted in 2020, but the federal backing in the Inflation Reduction Act validates the company’s plans at a particularly opportune time.

“We made the decision in 2020 to focus on the United States,” he said. “There are a number of larger institutions that want to see ingots and wafers in the United States, so as not to subject them to tariffs. We felt it two years ago and we thought we would find a way to make it happen.”

Convalt recently entered into a business agreement with investment group GigInternational1, which would give Convalt access to more capital to get its production plans off the ground. If all goes well, Achuthan expects Convalt to hit the stock market in mid-2023. He also expects the ingot/wafer/cell plant to cost a $615 million investment, and Convalt is willing to raise the capital to begin construction.

“It is ambitious to start producing ingots, wafers and cells, but we are not talking about sending ships to the moon. That’s possible,” says Achuthan. “We’ve put together the right team now. We’re on the right track. It’s just the timing to get it done.”

In the meantime, the solar panel facility should have an annual production capacity of 900 MW with room to grow to 1.2 GW. Convalt also acts as a solar project developer, so 400 MW of its annual production is likely to go to internally developed projects. The company is currently working on module supply agreements with other US developers for the remainder of its capacity.

Check out our list of solar panel manufacturers in the US here.