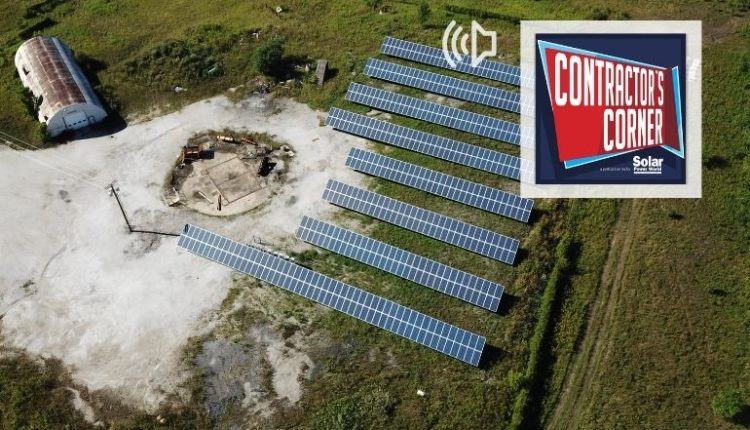 When Buckley’s father closed his West Virginia coal mine years ago, he wasn’t sure what to do with it. Buckley did some research and found solar power would be a perfect solution to revitalize the brownfield and still make money on energy at the site.

In this episode of the Contractor’s Corner podcast, we talk about Green Lantern Solar’s dual-use and brownfield projects, including one on a former Cold War-era missile base. An edited portion of the interview is below, but be sure to listen to the full podcast for more insight on the company’s hopes for solar recycling breakthroughs and continued dual-use development.

Find the Contractor’s Corner podcast on your favorite podcast app. Thank you to this month’s sponsors, scanifly and CompanyCam†

with CompanyCamevery photo and video your workers take at a job is automatically organized by location and instantly synced from the field to wherever you are.

scanifly is the only drone-based solar software focused on automating the survey and design stages of your solar project’s life.

SPW: How did you personally get into the solar industry?

Scott Buckley: It started as a need to help my dad. He was getting older and he owned a mine in West Virginia, where I’m from. He needed a way to have some income on the mine property now that all the resources had been depleted over the years, and so we started looking around and thought, well, there’s three-phase power that comes into the mine, it’s really flat because it was a strip mine, so it was really well-sited for solar. We thought that would be the highest and best use for the country.

I had been working in brownfield cleanup and real estate and business before, and I wanted to use those skills and translate it into solar. 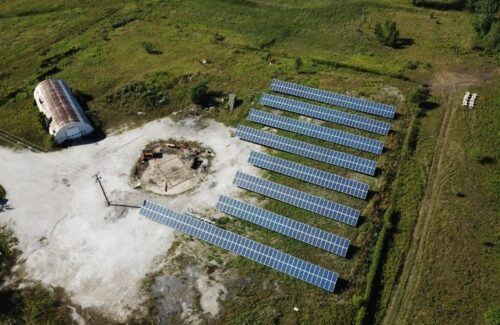 What’s been the most unique project your company has completed?

We did an array in Benson, Vermont. It’s an elevated array, standard fixed-tilt, but the cows come and get shade under the array, so it reduces their heat stress. There’s no lost ground because the animals still use the area; it’s before they go into the barn, so it really works well and gives a stream of income to the farmer to hedge against milk price volatility.

In Albert, Vermont, we did a project on a former ICBM missile base, the ones that you imagine with the Quonset huts and the blaring alarms and the missiles that were going to shoot across over to Europe and Asia during the Cold War. But we built our array right over the top of that infrastructure, so what used to be used to shoot missiles is now used to make solar power.

And the town still uses the Quonset hut from the military installation for their sand and salt during the wintertime in their road crew operations.

We share the same pain that really all the other industries do with the equilibrium offset that’s happened in the global supply chain. I spoke with the CEO of a solar panel manufacturer who has plenty of product and it’s ready to go for our arrays, but they have no shipping containers.

[Suppliers] are talking about lead times that are 52 weeks, I’m like, “Just tell us it’s going to be a year.”

It’s a long time — things that were maybe a month, maybe six weeks, before. It’s no fault of any of the suppliers, they’re doing the best they can. But none of us have experienced this before. So now we’ve got a tailing pandemic and layer war on. People are doing absolutely the best they can, but short of sitting on stockpiles, which is extremely capital-intense, it’s going to be a push to get these projects in the ground. 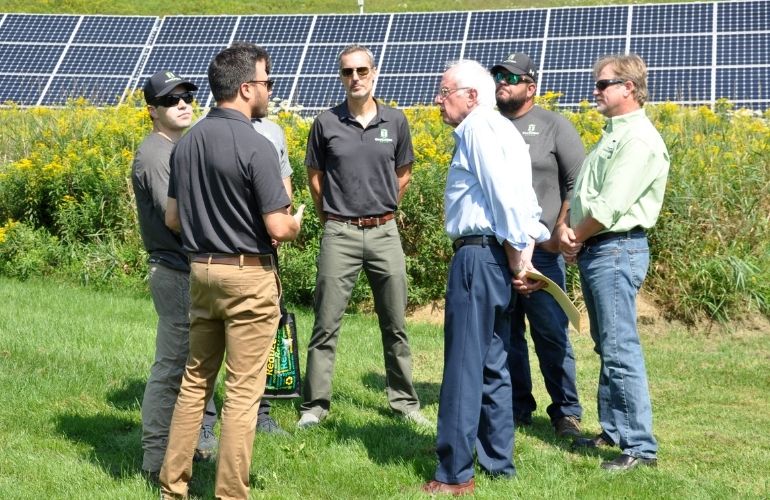