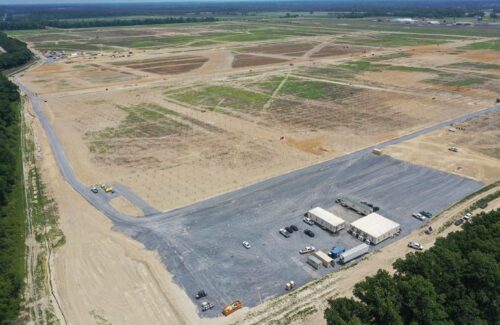 The Tennessee Valley Authority, Origis Energy and Excelsior Energy Capital have announced that construction has begun on the Skyhawk Solar project – a 100 MW solar facility in Obion County that will provide carbon-free energy to Google’s hyperscale data centers in Clarksville, Tennessee and Jackson County, Alabama.

“TVA has the cleanest energy system in the Southeast, and we are helping to attract sustainability-focused companies that bring jobs and investment to this region,” said Doug Perry, senior VP of TVA Commercial Energy Solutions. “We are proud to partner with Google, Origis and Excelsior to bring more solar power to the grid for a greener region.”

Originally announced in November 2020, Skyhawk Solar will create an estimated 300 construction jobs, with additional employment for 8-10 full-time operations and maintenance workers. The solar installation is expected to be operational by the end of 2022. Origis will operate and maintain the installation.

“Skyhawk Solar is generating a cascade of economic benefits in the Obion County community,” said Johan Vanhee, Chief Commercial and Procurement Officer, Origis Energy. “Net economic benefits include $16.9 million in estimated direct local economic benefits during construction and $30 million estimated over the life of the project. Skyhawk Solar is helping to power Google’s significant investments in local data centers with clean energy. TVA and Google’s leadership and foresight to decarbonise the network has been and will continue to pay dividends to the environment and the local economy for years to come. We look forward to working with Excelsior, the owner of the Skyhawk project, to serve Google and TVA.”

Google has announced a goal to run 24/7 globally on carbon-free energy by 2030. Solar projects such as Skyhawk will help the company achieve this goal.

“Skyhawk Solar is an important step toward achieving Google’s 24/7 carbon-free energy target in Tennessee and Alabama,” said Amanda Peterson Corio, global head of data center energy at Google. “We are excited to continue working with our partners on projects like this one that will help expand clean energy and decarbonise electricity grids for the benefit of everyone.”

Origis Energy and Excelsior Energy Capital have acquired Wanzek Construction, Inc. selected to build the project. Origis Services will manage and maintain the factory. To follow the development of the project, see the Origis Energy Skyhawk Solar project page.