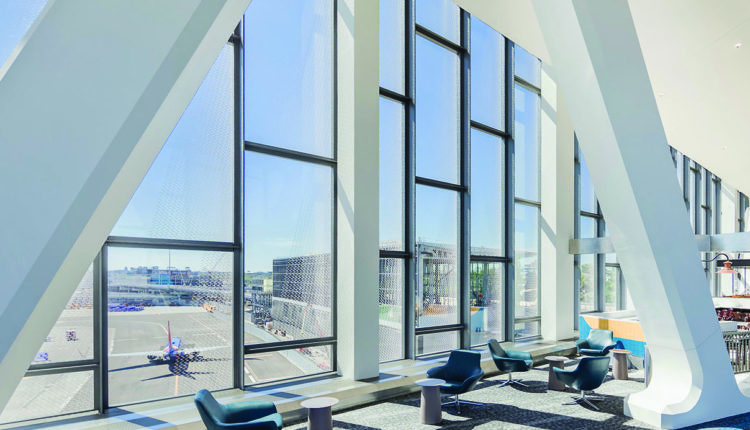 Consolidated gets a brand makeover

It’s common knowledge in the flooring industry that commercial growth normally lags behind residential. But with all the industry has had to contend with the past two-plus years during the pandemic, business conditions have been anything but “normal.” That being said, Consolidated Flooring said it is seeing some promising signs, albeit incrementally, of a rebound in commercial. “In the corporate market, we’re seeing a lot of activity—but it’s on and off,” Meberg observed. “We’re seeing the starts but then [projects] get held back. That market is recovering, but slowly.”

In corporate, specifically, Meberg cited big winners in the tech sector, including: Google, Amazon and Facebook. “They’re all spending money like crazy,” he said. “Still, many companies are uncertain about what the work space is going to look like with many people still working remotely. That’s what’s causing a lot of the fits and starts in corporate. Is the office space going to be bigger or smaller? More community or less community? Less private office and more collaboration? All that’s still playing out.”

Meanwhile, Meberg said education (K-12) looks like it’s going to have a strong year. Ditto for healthcare, which he said has remained pretty much a constant. Hospitality? Not so much. “We have three major hospitality projects that are on hold right now because tourism in the city isn’t back yet, and business travel isn’t there yet,” he added.

All in all, though, things are moving in the right direction for Consolidated Flooring. “We’re seeing a lot of work in the pipeline,” Meberg noted, citing infrastructure projects in airports, convention centers and the like. “We’re also involved in a big hotel project in the Times Square area. Overall, our estimating volume is up 20%.”

FCIF launches One Day to Give