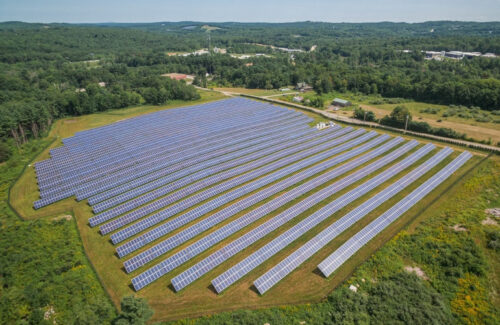 The US community solar market will continue to grow over the next five years, growing at least 7 GWDC from community solar is expected to come online in existing markets between 2022-2027.

Wood Mackenzie has increased its forecast for 2022-2026 by 477 MWDCan 11% increase from previous forecasts and extended the outlook through 2027. This increase is due to the addition of new community solar markets, such as New Mexico and Delaware, and adjustments to existing state forecasts as state-level programs expand and regulations update .

Illinois and New York are responsible for the largest state-level changes in the forecast. New York is expected to remain the leading community solar market, with 1.3 GWDC will be online between 2022-2027.

“There continue to be significant tailwinds for the community solar industry as lawmakers in existing and new states view community solar as a way to achieve energy policy goals,” said Jeff Cramer, CEO of CCSA. “The numbers released by Wood Mackenzie represent a conservative prediction of what’s in the pipeline in the coming years. We call on all federal and state policy makers to help break down barriers and drive community solar deployment to lower energy costs and help more people access these programs.” 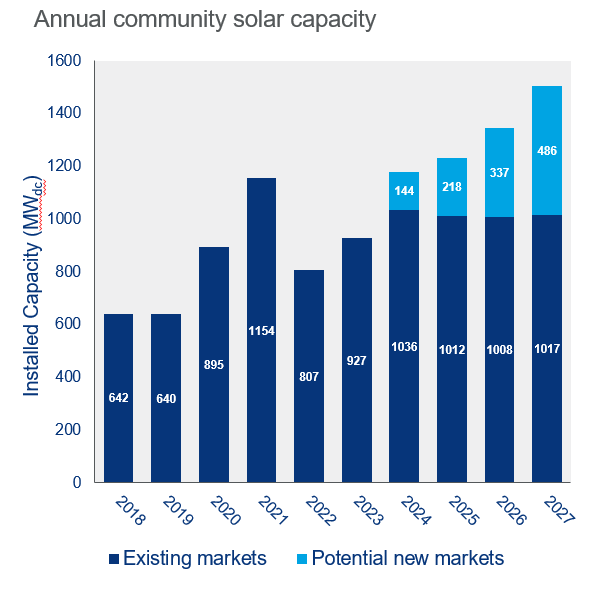 “Customer acquisition data shows that cost per customer is inversely proportional to cost per kilowatt subscribed. Anchor tenants such as municipal or large commercial clients are expensive to acquire, but subscribe to a large portion of the projects, so the cost per kilowatt is lower,” Goldstein said.

Data from surveys on the cost of acquiring low- and middle-income customers (LMI) is limited, but shows that these costs are slightly higher than for non-LMI customers. Developers report that directly billed LMI customers can be significantly more difficult and expensive to subscribe than retail customers.

The report’s findings also found that solar and community storage can provide grid flexibility, but regulatory models currently fail to recognize how these projects can manage the load.

“As community sun becomes an increasing share of non-residential projects, developers face high grid upgrade costs to manage this new load on the distribution side of the grid. Community solar-plus-storage could help manage this load and provide network flexibility, but so far its scope has been limited to a few states, and current rules don’t necessarily value storage because of the network’s resilience,” Goldstein said. .

Right now, community solar is taking root in a third of the states. The Biden administration wants community solar to reach 5 million homes by 2025 and deliver $1 billion in energy bill savings.