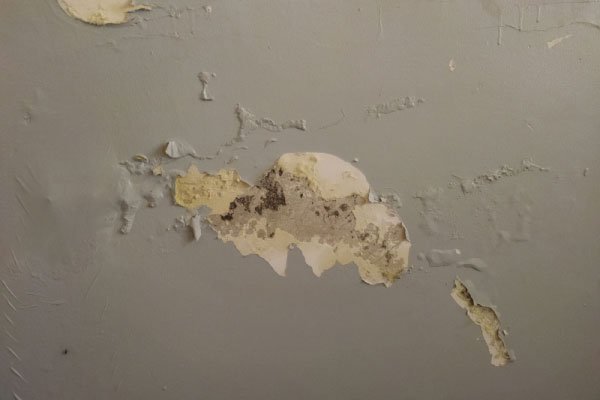 “A few weeks ago, when a tenant vacated a house and my family was getting ready to move in, we chose to check the plumbing and found that the water heater was not working. The plumber turned a knob and said the heating taps had been shut off, but would now work. We didn’t realize we had opened Pandora’s Box because for the next two weeks we had to deal with flooding and peeling walls as water seeped from the walls. We turned off the water supply, but it was still flowing. Eventually it stopped filling the rooms and the section of the wall containing the pipes for the water heater broke off. We found that the previous plumber had cut the stove’s supply line and still left it plugged in, thus the mess.

Many homes suffer from water leakage from the plumbing system and while it may not be a careless mistake like the one I faced, the cause of the devastating leaks cannot be overlooked. Moreover, pipe leaks are not only limited to water, but also to gas; although water leakage is more common. Fred Noah Batwale, a plumber with masters of engineering, says there are several causes of pipe leakage and these include;

Broken seals – When plumbers install your plumbing, they will sometimes put in seals, for example to close off some pipes that are not in use. However, he says these wear out over time or can break and cause leakage. “You should talk to your plumber so they can advise you on the recommended time to replace them to avoid leaks,” Batwale advises.

Corrosion – Over time, the plumbing will age, become rusty and suffer from corrosion from the chemicals in the cement, which will attack the pipes. “If you see discoloration in your water, it’s a sign that your pipes have rust. Besides being unhealthy, it indicates that your pipes need to be replaced before disaster strikes. In addition, it is advisable to replace it if your pipe system is old, as such pipes are more susceptible to corrosion than the newer types on the market,” he explains.

Damaged Pipe Connection – Connection points usually represent the weaknesses of any plumbing system. Just as pipes are subject to corrosion, the connections deteriorate over time, so leaks. “Unfortunately, some of these joints are hidden. However, if you hear a ticking sound when you run hot water, it’s a telltale sign that your pipes are under tremendous pressure, indicating they need to be evaluated or even replaced,” Batwale shares.

Tree Roots – While some leaks occur in the building, external factors, such as tree roots, can cause leaks when they enter the plumbing. “As the roots grow, the damage also increases, and in addition to moving the pipes, you may notice wet spots in your yard, a sudden drop in water pressure, or even trees and vegetation growing near your house with water pipes. . While some indications may not be so obvious, such as the vegetation around your house, other indications are that you need a plumber’s help,” he says.

Clogged Pipes – Items like hair strands and dirt often pass down our drains and over time lead to a buildup that clogs the pipes. If left unchecked, Batwale says this buildup could cause the pipes to burst due to an increase in pressure in the drains, causing leakage.

If it concerns a new connection, a test is carried out for possible leaks before the line is put into use. “We fill the pipeline with gas or water depending on the use and if there is a loose connection or a weak point, the substance starts to seep out at that point,” he explains. If leaking points come up, the plumber will drain the pipe and then work on those points.

After that, they will perform another test to confirm that there is no other leakage. “After confirmation, the pipeline will be taken into use by the owners,” Batwale said.

For an existing line, the supply of the fabric it carries is cut off immediately. “Then the wall with the plumbing is chiseled to expose the pipes and a search for the cause of the leak begins. Once found, the repair can begin,” he says

When the repair is complete, the stock will reopen. “This is done before the wall is repaired to make sure everything is in order and to avoid more damage to the wall as each blow disrupts the wall’s strength.

Once it is confirmed that there is no more leakage, the wall is repaired by adding mortar, plaster and tiles,” explains Batwale.