As the United States enters a new era of solar production boosted by production tax credits included in the Inflation Reduction Act, U.S. solar developers and installers will still rely on imported modules and other components when domestic facilities take off. Imported solar panels are currently subject to Section 201 tariffs until 2025 (two-sided modules are exempt) and the Ministry of Commerce is currently deciding whether to levy anti-dumping and countervailing duties (AD/CVD) on panels from Southeast Asia. 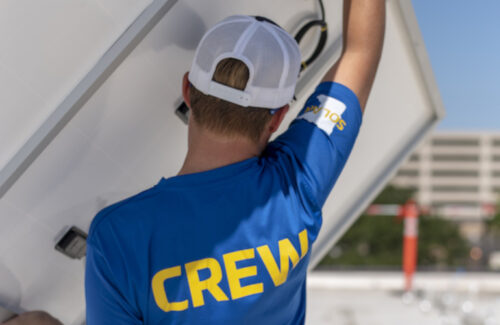 The trade investigation began in March 2022 after California-based assembler Auxin Solar filed a petition for a review of Chinese solar panel manufacturers who had relocated parts of their manufacturing operations to Southeast Asia as a way to overturn AD/CVD decisions against Chinese solar manufacturers. In particular, Auxin wanted to delve deeper into solar energy activities in Cambodia, Malaysia, Thailand and Vietnam to determine whether Chinese wafers, aluminum frames, backsheets and more have been used in exported cells and modules. If enough Chinese product is found in the export of modules from Southeast Asia, DOC could expand the AD/CVD to the mentioned countries.

When the study began, the supply of modules from Southeast Asia – a region that provided 80% of US demand in previous years – was either limited or completely discontinued. Large-scale US projects were effectively halted, with many in the industry pleading with Commerce Secretary Gina Raimondo to quickly resolve the investigation to get module deliveries back on track.

The Biden administration stepped in in June by issuing an executive order placing a two-year pause on all tariffs related to the case “to ensure the U.S. has access to an adequate supply of solar panels to meet its electricity generation needs.” while domestic production scales up.” Commerce would continue its investigation while also giving US contractors some breathing room to get projects online in the meantime.

Original petitioner Auxin Solar first requested Commerce to extend the deadline to “fully develop and supplement the files of the investigations”. DOC stated that there are many complex issues related to the investigation, including multiple questionnaires and follow-ups that the department needs additional time to analyze. Auxin claims that the Southeast Asian solar companies “misled lawmakers by failing to provide Commerce with all available information in a timely manner to reach a preliminary conclusion.”

This extension pushes the deadline for a final determination to April 2023 at the earliest, but probably to mid-June 2023.

Following Biden’s executive order, some Southeast Asian module suppliers expected to get panels in the United States as early as the end of the third quarter. While the order has brought some relief to questions, the industry is also dealing with the Uyghur Forced Labor Protection Act (UFLPA), which has kept a number of modules in ports while their bills of materials are reviewed to determine if any parts were made. with slave labor.

Research group Wood Mackenzie had predicted a 6.3 GW reduction in 2022 installations based on the uncertainty surrounding the anti-circumvention study. While the two-year hiatus would help a bit, WoodMac still said the United States will see fewer installs come online than planned for both 2022 and 2023.