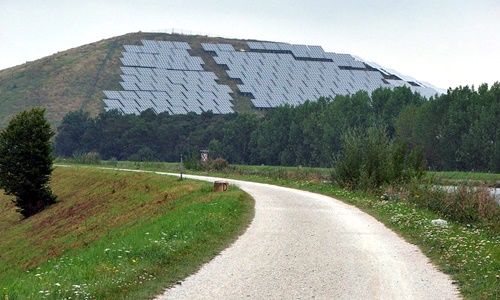 Closed landfills in the U.S. could potentially host 63 GW of solar capacity

Some cities, counties and states across America have begun converting closed landfills into solar sites to generate clean energy and transform their communities. a RMI new report reveals that the potential for this practice is relatively untapped and could fuel the energy transition across the country.

There are more than 10,000 closed landfills in the United States. “The future of landfills is bright” estimates that 4,312 of these sites alone — those for which sufficient data is available — could house at least 63 GW of solar capacity through 2020, or the equivalent of 70% of total installed U.S. solar capacity. installations could produce 83 TWh of clean electricity annually – enough to power 7.8 million households.

“When I look at a closed landfill, I don’t see an old landfill, I see an opportunity for creative land use,” said Matthew Popkin, manager of RMI’s Urban Transformation team and co-author of the report. “Using closed landfills to passively generate clean electricity is arguably their highest and best use. Communities can reinvent these sites with limited reuse potential to advance their clean energy future — and keep the benefits.” not on that.”

In addition to power generation, RMI’s analysis also explores other benefits that landfill solar can bring to communities. By repurposing closed landfills for sustainable, non-hazardous uses, state and local governments can promote environmental justice by creating jobs and reviving lower-income communities that are home to many closed landfills.

Currently, solar landfill projects are geographically concentrated in the Northeastern United States, with nearly 75% of the projects operational in Massachusetts, Connecticut, New Jersey, and New York. But landfills are everywhere and there is a great opportunity for cities, counties and states across the country to expand the adoption of this practice and generate multiple benefits for their communities.

For example, the historically neglected, predominantly Black Houston neighborhood of Sunnyside will soon be home to the largest landfill solar installation in the nation. A project announced in early 2021 is to convert a 240-hectare site that has been negatively impacting the community for more than 80 years into a 52 MW solar farm. Once operational, in late 2022 or early 2023, the site will generate enough clean electricity to power 5,000 homes and offset 120 million pounds of CO2 annually.

Solar power lights the way to a cleaner future