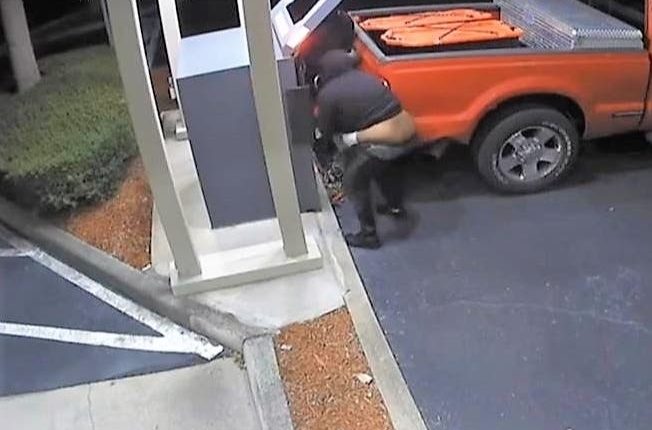 CLEARWATER, FL — The Clearwater Police Department is hoping the public can help them solve a case involving some ATM thieves.

At around 5 a.m. Monday, thieves stole an ATM from outside Cadence Bank at 2440 Sunset Point Road.

Three men made a chain around the ATM and attached it to the tow bar of a red pickup. Then they sped up the pickup and ripped out the ATM.

The pickup truck, which was stolen, was later found abandoned.

Lisa Loopner of Saturday Night Live is said to love the surveillance video footage of the crime, which shows the prominent “plumber cracker” of one of the thieves.

One of the thieves was wearing a hoodie with the Billionaire Boys Club on it.

Anyone who recognizes these faces or this backside should call the Clearwater Police Department at 727-562-4242.