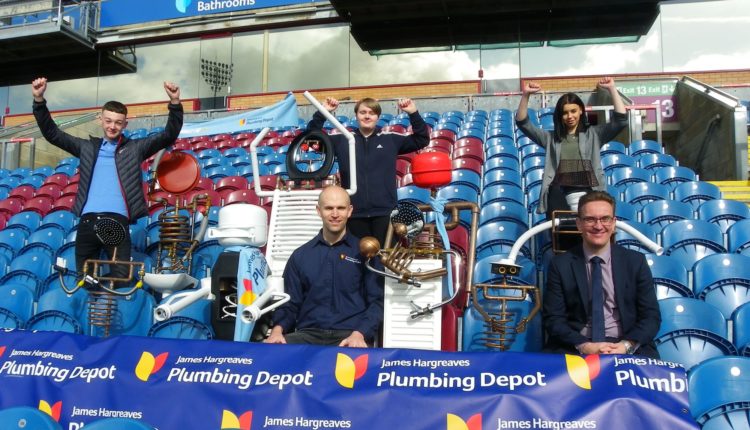 Clarets tapped into new fan base thanks to community project!

Designed and built by apprentice plumbers studying at Burnley College, the specially designed, life-size fan figures stood proudly on the main stand at Turf Moor, Burnley, Lancashire, which has been called James Hargreaves since its inception. first built in 1996.

“It was a real team effort, and what a result!” said Gordon Rothwell, MD of James Hargreaves Plumbing Depot. “We had the idea at the end of last year when it became clear that football stadiums would remain empty of fans due to the pandemic.

“As the depot is located in Burnley, the vast majority of our employees here, like myself, have been fans of the Clarets all their lives. Turf Moor can be seen from our site and it was sad to see the ground empty on match days.

“We wanted to support our club to help the team during the lockdown, and we were also aware that it was also a difficult period for young students coming through. That’s why it felt good to work with them and use their newly acquired skills to create something for our club and community.

“We all thought it would be fun to build supporters out of sanitary equipment and when we approached the club and the college, everyone really bought into it. You can tell from the details that the students have taken great care and the figures look spectacular. ”

Among the figures were men, women and children – even a baby – as well as a sports commentator for when matches were televised.

David Lord, Head of Construction at Burnley College said: “It’s been a great project for us and everyone – students and teachers from both our plumbing and creative departments – have really enjoyed the involvement. A lot of thought and thought has gone into making the figures.”

A Burnley FC spokesperson said: “The project is a winner and the numbers certainly contributed to the look and feel of Turf Moor on match days.

“Our relationship with James Hargreaves spans many years and credit goes to the people there for coming up with the initiative and also to the students for the amazing work they’ve done.”